Summary of the E-Auction – day 1

After a few days of break, numerous packages of shipments and a lot of work, we come back to you to recall some of the most interesting items on each day.

Thank you for being so numerous at our auction! We also thank you for the thank-you messages for the e-auction and corporate calendars, we wish you to find them useful!

Coming back to the first day, when the collections of półtorak coins, szóstak coins of
Jan III Sobieski, medieval and first kings coins were on sale, there were many excellent results,
which proves the exciting fight for outstanding and often rare items

One of the highest prices for the Bydgoszcz półtorak from 1616 with an inverted Z in an apple fell – 1062 zlotys. Thanks to our auction, we have also supplemented the catalog “Półtoraki Wazów” with a few additional photos of previously un photographed copies and a few new varieties, about which Mr. Adam Górecki wrote on his blog.

The coinage of Jan III Sobieski also supplemented the archive with some interesting and pretty copies. Among them were very nice szóstak coins from the years 1677 – the first year of minting, 1682 with bows at the bottom and a narrow bust, and 1683 in a bust with an
antique-style sleeve. The coins were sold for PLN 797, PLN 496 and PLN 826, respectively.

Moving on to the wonderful collection of ort coins, some amazing results have been achieved! An indescribable orth with bows and an error in the legend with GO instead of GOT was sold for PLN 7080! Congratulations to the buyer, because such rare orts are extremely rare

The offer also included a second ort with bows, but without an error in the legend, it was sold for PLN 2,124. Staying with the Bydgoszcz Mint, it is worth mentioning the indescribable variety with originally incorrectly loaded eagles’ points, which were finally marked with a chase!
An outstanding item, which could be a decoration of many ort collections, which we will probably not see in trade for a long time, sold for PLN 1652. To supplement the Gdańsk ort from 1618, a beautiful copy was sold for 1770 zlotys.

Moving to the Middle Ages coinage, there were also many good results, among the distinguishing items were the Kraków denarius of Władysław Jagiełło undated with bullets on the sides of the shield, sold for PLN 1180 or half a penny undated with the reverse legend written back, assessed as unique in Pawlikowski’s catalog. The final price was PLN 1,888.

As for the later coinage, the offer included a beautiful and rare grosz of Stefan Batory from 1579 from the mint in Olkusz in the rarest variant of POLO / POLO, which appears rarely in auction quotations. The final price was PLN 9440. For dessert there is a nice trojak coins of Riga from 1584 with a final price of PLN 1180.

Thank you again and congratulations on new items in the collections! 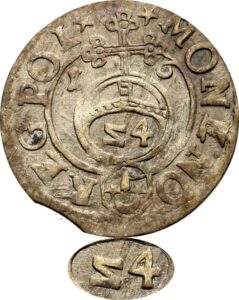 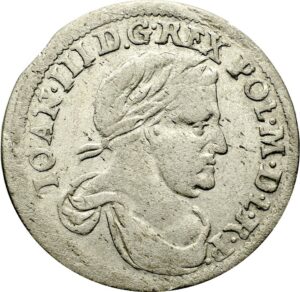 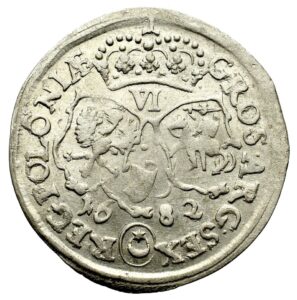 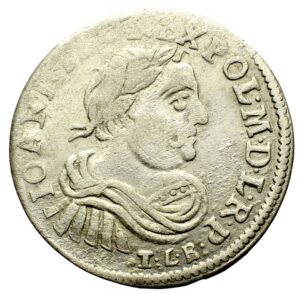 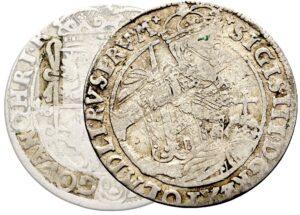 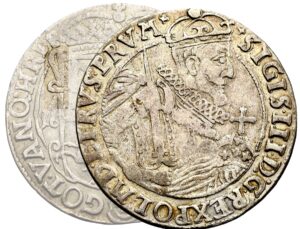 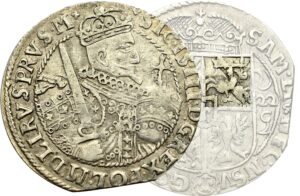 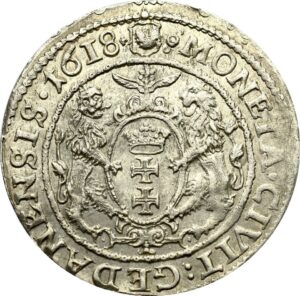 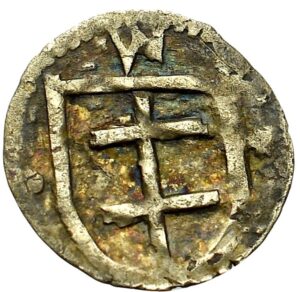 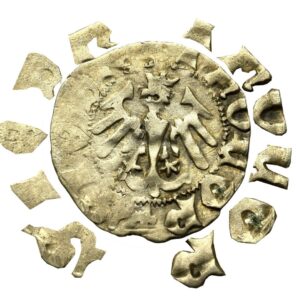 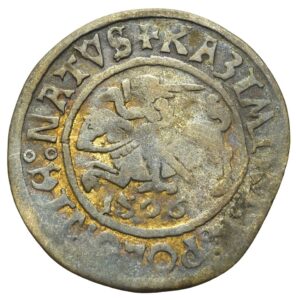 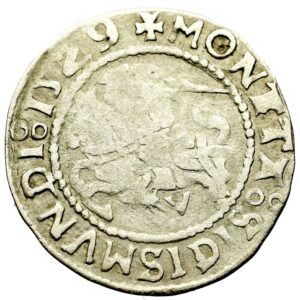 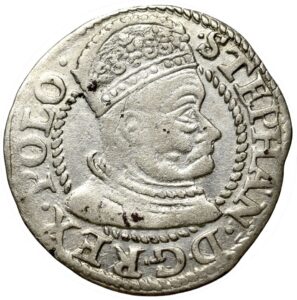