Published by rzeszowskidom on December 28, 2021

Exceptionally beautiful 10 zloty, which in 1925 took second place in the competition for the first gold coin of the Second Polish Republic, losing to the much-liked coin with the image of Bolesław the Brave (later minted in two denominations of 10 and 20 zlotys). The coin with the image of a worker with an ax is an extremely interesting project that was never minted as a circulation coin. The trial coin with a woman and a man was minted in bronze, with a mintage of 100 pieces. The unit from the upcoming auction is covered with a phenomenal old patina, which is perfectly shown in the pictures below. An excellent coin, recommended for advanced collections of trial coins or as an extension of the collection of circulation coins of the Second Polish Republic.

The second position is 50 marks minted in 1923. An interesting fact is that the above attempt was made at a time when it was not yet clear what the new denomination would be called, hence, the name was not placed on it, however, the abbreviation of Marek’s name was pictographically coded in the form of Hammer and Wheel. The design for it was created by the outstanding Krakow sculptor Konstanty Laszczka – the author of highly acclaimed portrait shots on medals and plaques. The offered copy is a well-preserved one, minted in a low mintage of 120 pieces.

We strongly recommend and invite you to share your opinion on which coin you would prefer to include in the collection. We would have a hard time choosing 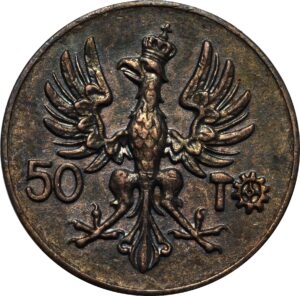 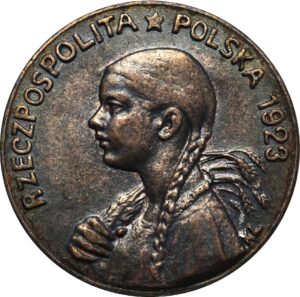 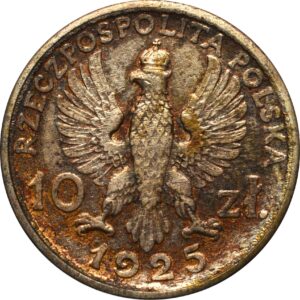 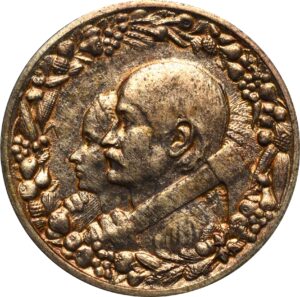