Today we are going to show you a few proposals from the next, fifth part of the coins of the Probus expert.

The first is Antoninianus Lugdunum – ABVNDANTIA AVG. All the Lugdunum military busts, including the one offered to the right with only a spear without a shield (minted at the 5th issue), are rare or very rare and always highly coveted by collectors. Bastien only records 6 copies of this particular variant! The specimen from our auction was stamped with a slightly worn stamp, but it is a beautiful specimen with preserved silver.

There will also be Antoninianus Ticinum – PROVIDENT AVG, the coin may look inconspicuous, but it is an extremely rare and sought-after consular title of CONS V – the rarest of all consular titles in the Probus coinage! This coin belongs to the famous Eqviti coded series (cf. the letter “Q” in the left field, which is the second letter of the word EQVITI struck by the second printing house, the “S” (secunda), discovered and first published by Alexander Missong in the article ‘Gleichartig systemisirte Münzreihen unter Kaiser Probus’, (1873).

There were 6 outbuildings in the Ticinum Mint in Probus’s time; each of them struck a different reverse with a different letter from the EQVITI code.

Another proposal is Antoninianus Rome – VIRTVS AVGVSTI, a rare, interesting and sought-after type of reverse bits only in Rome during the 2nd broadcast and in Siscia. In addition, a very rare variant with a bust in armor (Guillemain has only 6 copies). A medallion with Medusa is hung on the armor.

A wonderful piece of art with full surface silver plating.

And for people who like the search, we recommend especially the flights prepared under this section, in which you will find many different varieties! When identifying specific items on your own, you will be able to check the current level of knowledge in the field of this coinage 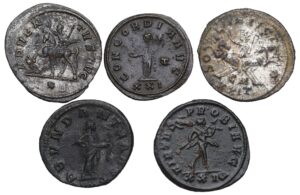 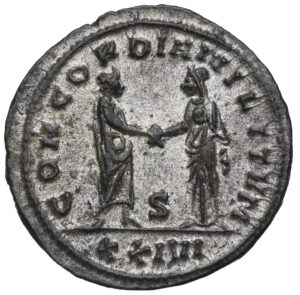 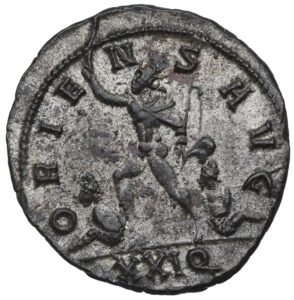 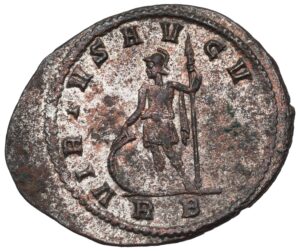 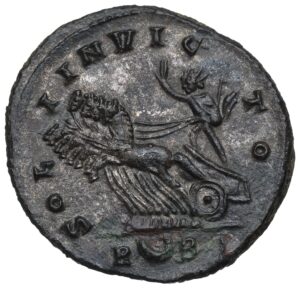 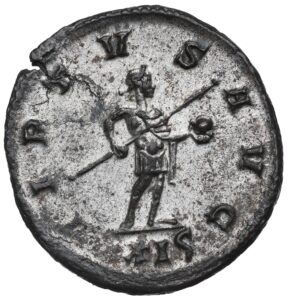 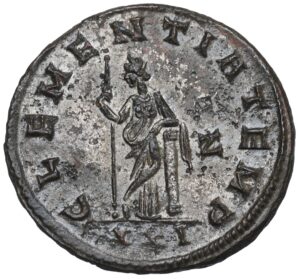 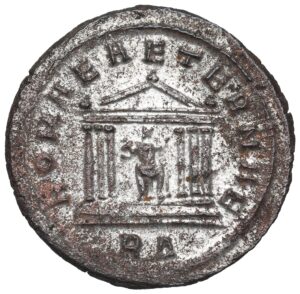 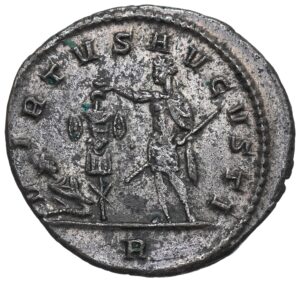 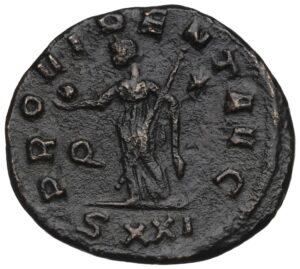 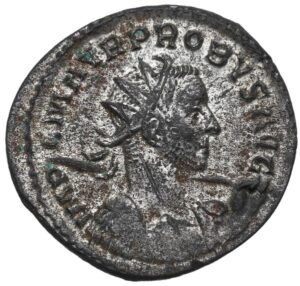