At our E-Auction 11 – Coins from the upcoming auction

Recently we asked the question what do you choose, rarity or state of preservation? Today we come up with the second question, old coinage or new?

Of course, the question is quite vague, but suppose we were to divide the categories into coins minted before 1800 and after 1800.

Undoubtedly, both the coinage and the other have a lot of undiscovered, but what leads you to the department that you decided to expand? Ease of access, an interesting historical outline, or maybe just a visual effect?

For beginner collectors, coins from the 20th and 21st centuries are much easier to collect, due to the well-described coinage, while collecting circulation coins with the appropriate financial effort should not be a major problem. After these two sections, it is worth paying special attention to the coins of the partition and the November Uprising, however, 19th-century coins require much greater financial and time expenditure while waiting for the next year and appropriate state of preservation. Building coins of the Kingdom of Poland based on most vintages and denominations is a really big challenge!

Older coins have more mysteries behind them. Subsequent studies show that the coins once assigned to the mint X, turn out to be minted in the mint Y… Until now, ducats, triples or szels, which have not been described so far, appear on the market, showing us new stamp variants, and in the case of Roman or medieval coins with each auction shows new types that delight even the most experienced collectors.

Each person probably has different preferences that often change with the experience of the collector. Often, in conversations with collectors, one can feel ‘tiredness’ with a given department, who after some time decide to sell their collection in order to start building it anew, this time based on a different denomination or ruler.

We are curious how you approach the period collected and why you chose these coins. We invite you to the discussion!

Below are two coins from the upcoming e-auction, one of them is a representative of the ‘old coins’, solid undated with images of Heraclius, Constantine and Heraclonas, while the other is the exquisite 10 zlotys 1939 MS64! 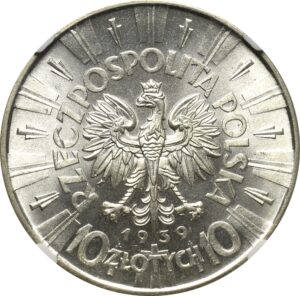 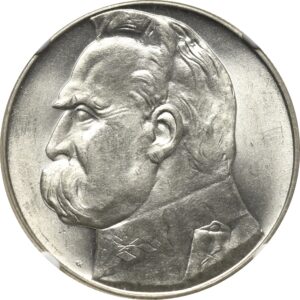 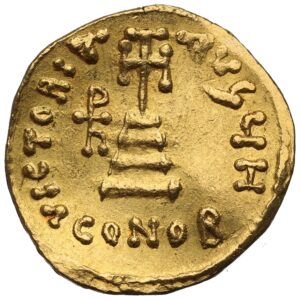 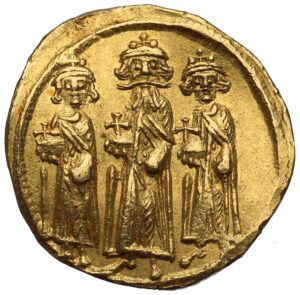