At our E-Auction 11 – Coinage of the Teutonic Order

Yesterday there were a few words about the Piast coinage, today we will show you something about the coinage of the Teutonic Order.

Most people associate these coins with schillings from various religious masters, but not everyone knows that in those days, also grosz coins, bracteates, kwartnik coins and półskojec coins were minted.

Interestingly, these coins appeared with errors in the legend, but extremely rarely, which makes them a treat for collectors of this period.

The first coin we want to show you is a schilling of Konrad III von Jungingen with a DNORVC error. A well-preserved specimen, the auction of which will start at a thousand zlotys.

When it comes to schillings, you will find, among others, the beautiful Paweł von Russdorf schilling or the pretty Winrych von Kniprode, and if you prefer something less common in trade, we recommend a nice schilling of Henryk Reffle von Richtenberg or a grosz of Frederick I of Saxony.

For dessert, we propose a few bracteates, which delight with their form and are a grateful department to collect due to the outstanding interesting performances (there will even be one interesting forgery from the era).

We invite you to see also other coinage items related to the history of Poland, where you will find, among other things, an interesting collection of Silesian coins! 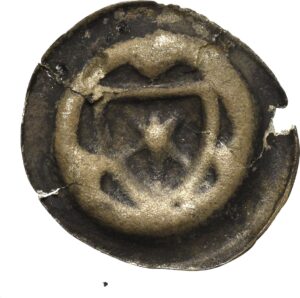 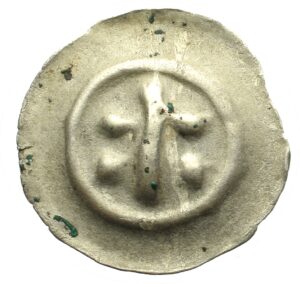 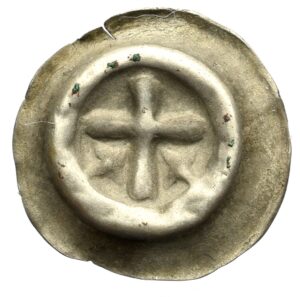 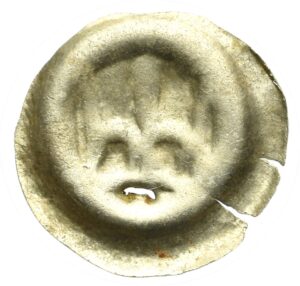 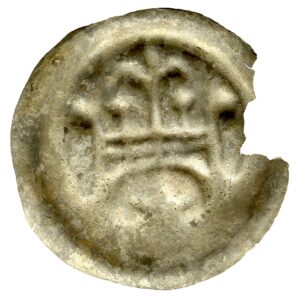 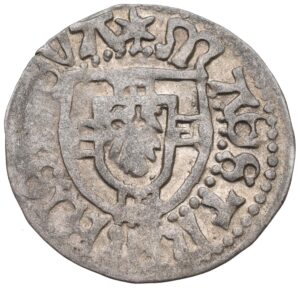 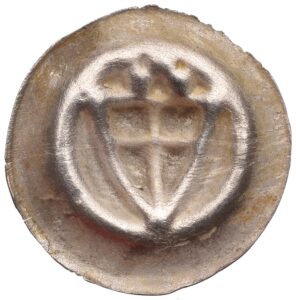 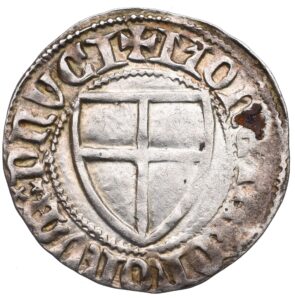 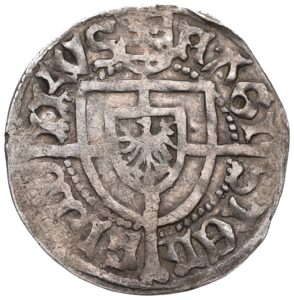 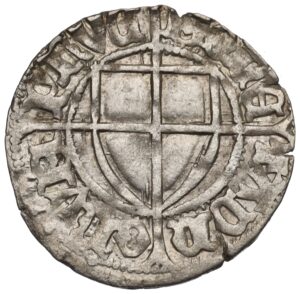 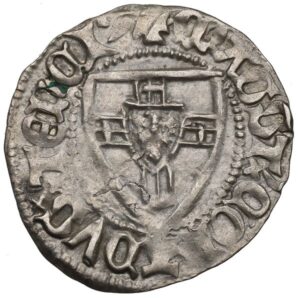