At our E-Auction 11 – Coinage of the Piasts

On Monday, we will start with one of the oldest Polish coins, i.e. Piast coins. Undoubtedly, this coinage is gaining more and more popularity due to the appearance of these coins at most auctions and more and more access to professional literature.

This coinage is characterized by small, thin discs, on which you often have to look for the smallest elements. It is necessary for the correct identification of rulers, events, as well as specific stamp varieties that may indicate a different degree of rarity of a given item.

The first coin we want to show from the upcoming auction is the denarius of Władysław II the Exile, on which we see a prince and a prisoner on one side, and an eagle and a hare on the other. It is the rarest variety of the “eagle and hare” denarius called EN FACE – with the knight facing straight, instead of facing the captive.

A beautiful, sought-after item with the highest rating to date in NGC MS62, which should be found in any medieval coin collection.

The second coin that we are pleased to present is the denarius of Bolesław III Wrymouth, the first Polish coin on which its value, i.e. the name of the denomination DENARIVS, was minted.

A coin about which Kałkowski wrote that “is a kind of revelation”.

Stronczyński added that “it is exceptional money, the minting of which had to be abandoned soon”.

Very rare spelling variation of the legend with errors, not described in Stronczyński’s catalog:

– on the obverse, from the prince’s side, AUBIS OLZA, instead of DVCIS BOL…

– on the reverse, from the side of the cross, DENAIVS, instead of DENARIVS.

In addition, in our opinion, it is one of the most beautiful specimens of this type that has appeared on the domestic market!

The auction will include two denarii of this type of Bolesław III Wrymouth. The second one is minted a little deeper, and additionally appears in another, rare variant of the legend with an incorrect ending in the word DENARIVS – it is D (…) RV.

At the Piast coin auction, you will also find, among others, the Rataj bracteat of Henry the Bearded or Henry the Pious, as well as the extremely rare denarius of the palatine Mieszko III. The coin belongs to the interesting phenomena of the Polish coinage, next to the more famous palatine Sieciech coins.

If you are interested in the subject of Piast coins, we invite you to view the entire offer on the Onebid.pl website, where the draft version of the upcoming event has been published 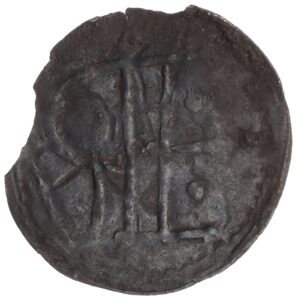 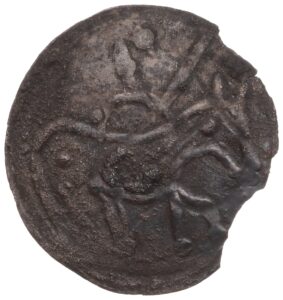 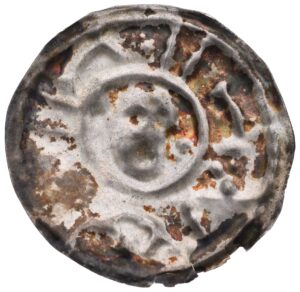 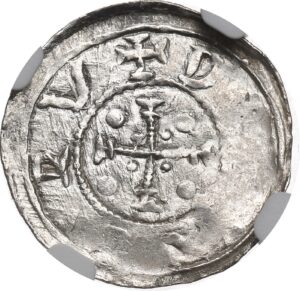 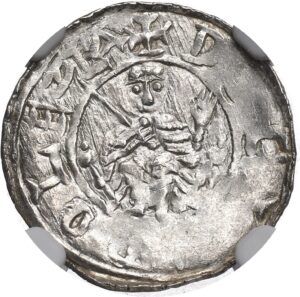 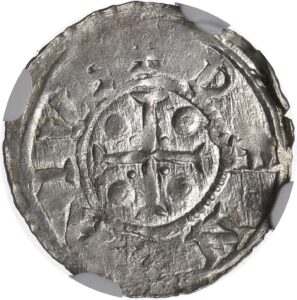 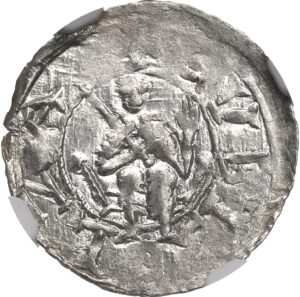 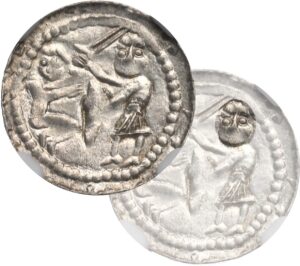 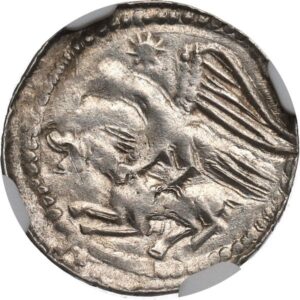