At our Auction 9 – Outstanding items from the PRL period

The second day will bring excellent items to collectors of the Polish People’s Republic period.

When collecting coins from that time, often collectors focus on one of the following subtypes:

In fact, there is no appropriate key, everyone should collect items that they like and fascinate them, but we want to present you a set that should appeal to every collector.

These are 2 sets consisting of the sets of wanted gold coins with the face value of 1000, 2000, 5000 and 10.000 zlotys with two different portraits of John Paul II. Both sets are of course in mint condition, which is confirmed by the NGC grading, which rated the coins as MS69-70, and additionally each of them received the ULTRA CAMEO note!

When it comes to gold coins, this is not the end, because the auction also includes a substantial PLN 500 with the likeness of Kazimierz Pułaski and Tadeusz Kościuszko. They both obtained the same MS69 ULTRA CAMEO rating, and both were made in .900 gold with a weight of 29.95 g. Apart from the high value in gold alone, both coins also have great collector value due to the few auction quotations in such notes.

Finally, we want to show something for lovers of rare attempts. The following 10 zloty coin was made in a low circulation of just 10 pieces! Therefore, it is an extremely rare item and an opportunity to supplement many advanced sets with another value. 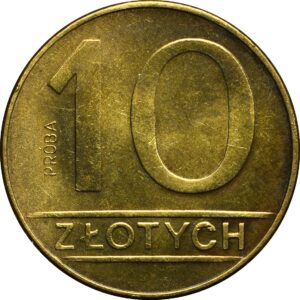 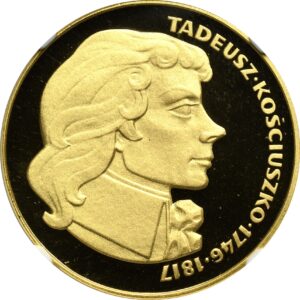 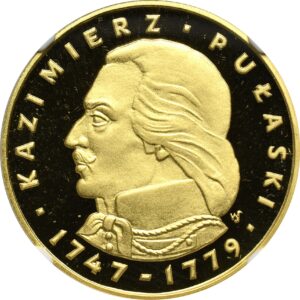 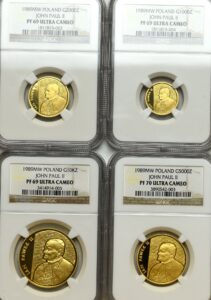 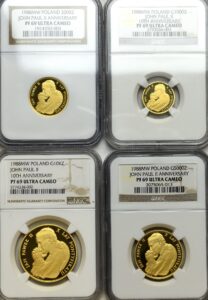