At our Auction 7 – patriotic and varia jewelry

Patriotic and Varia jewelry is another section from our upcoming auction that we want to present!

Within its framework, the auction included items as varied as a furniture applique with the coats of arms of Augustus II as the king of Poland, a cigarette case with a coat of arms, a souvenir cigarette case associated with the Perkun factory in Warsaw (including the same one that produced, for example, bayonets in the interwar period!), or gorgets.

It’s hard to choose the most interesting items here, because almost everyone is unique.

Let us hereby quote excerpts from descriptions of some of them:

“Inside the cigarette case, dedication: From colleagues and friends / from Perkun / on March 31, 1914; In addition, 84 goldsmiths (.875) from the Moscow testing room and namesake of the manufacturer”.

“A very interesting applique, probably coming from a piece of furniture. It presents the crowned coats of arms of the Polish-Lithuanian Commonwealth and Saxony, joined by the monogram of King Augustus II the Strong”.

“The prototype of the image of the Mother of God depicted on the obverse of this gorge was made in 1984 by Prof. Andrzej Pityński, a sculptor currently living in the USA. It was placed for the first time on a bronze commemorative plaque (130 cm x 80 cm) in a church in Doylestown, Pennsylvania. The Mother of God depicted in this way was used many times to commemorate the heroes of the Home Army and the Warsaw Uprising on monuments, medals and on this gorget. al. Solidarności 60 in the place where the barricade stood during the Uprising – the Redoubt of the Mother of God”.

And that’s only part of this section 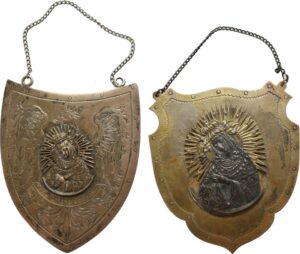 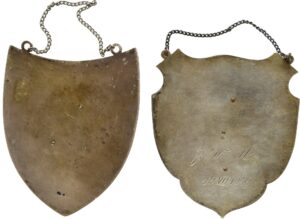 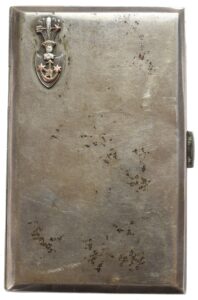 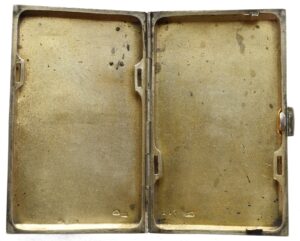 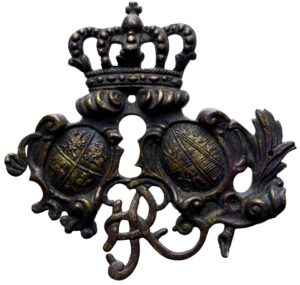 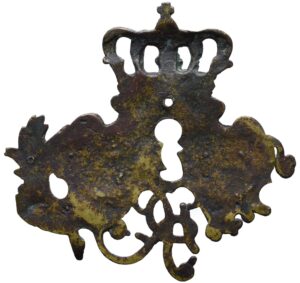 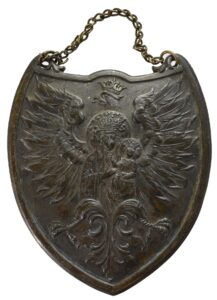 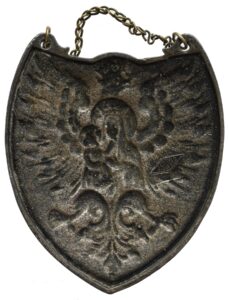 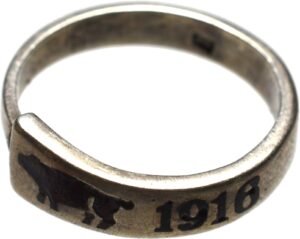 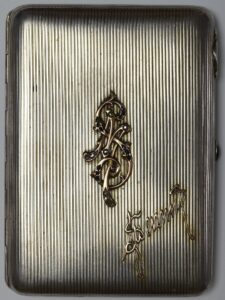 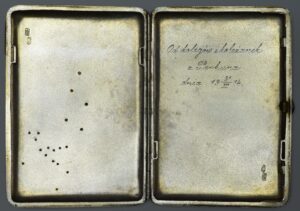 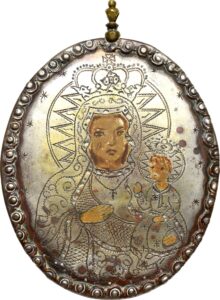 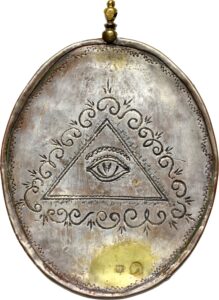 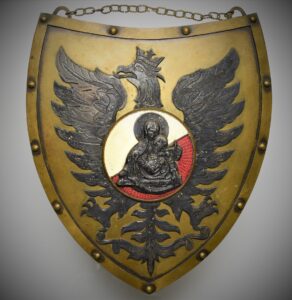 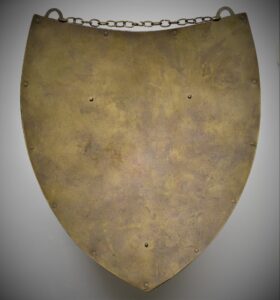 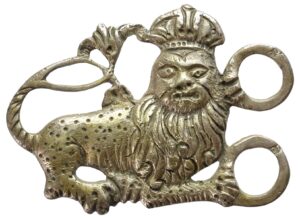 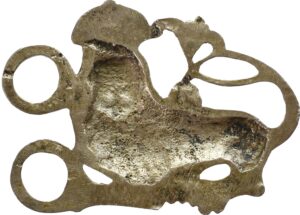