At our Auction 7 – coins of Sigismund the Old

Published by rzeszowskidom on March 29, 2021

We will spend Monday under the sign of Sigismund the Old, the ruler who contributed to many monetary reforms and thanks to whom the Polish coinage developed significantly.

The pride of the section will be a trojak coin for the Prussian lands, which originally entered the collector’s circulation during the Munzen und Medalien auction in 1998, from the Cahn collection. It is the most beautiful specimen of a very rare coin from the Toruń mint (Iger R4) offered in recent years.

The second extremely rare and so far undescribed item is the Vilnius grosz coin from 1535 with the letter S under the chase, minted in September, as indicated by the letter S under Pogoń (September). Undescribed by Kurpiewski and in Ivanauskas’s specialist catalog, the variant probably minted at the end of September with the ending of the LIT obverse legend known only from November issues. Despite the misfortune, the coin is extremely interesting and can complement many advanced collections.

Another amazing coin does not come from the 16th century, but from the 19th century, but it is extremely rare due to the effective execution by one of the most popular counterfeiters of that period – Józef Majnert. One of his most interesting products, distinguished from the fanciful forgery, in that Majnert used an iron cast based on the original Prussian szóstak coin for the minting of these coins. The effective forgery concerns the szóstak for the Prussian lands from 1532 from the mint in Toruń

To complete the coinage of the Prussian lands, we include three nice Toruń grosz coins from the years 1531, 1532, 1534. The coin from 1534 deserves special attention – an excellent copy in the MS63 in NGC!

The same forgery was found in Kubicki’s collection, which is indicated by the characteristic scar running from the chin to the ear, which additionally emphasizes the rarity of its value (even such an outstanding collection could boast only – and very rare – a copy of Majnert).

We used to mention the Gdańsk mint from those times, today we want to show a trojak coin from 1538 with the tip of the PRVSS legend. A very nice specimen, well-preserved detail
and a beautiful golden patina make the coin an object of desire of many collectors

Another quite rare and sought-after coin is the trojak coin from the mint in Elbląg from 1539.
A very characteristic shield in the laced edge of the Polish type with the coat of arms of the city, the legend starting with a trefoil, while on the reverse, in the laced edge, a legend with trefoils at the face value in Roman numerals and at the date:
III/SIGIS•I•REX/POLONIE/DO•TOCIVS/PRVSSIE/1539
A very nice, circumstantial copy – what is important: without any defects in the sheet metal, nicely stamped and with residual gloss on the entire surface.

Finally, we have a grosz from 1535 from the Gdańsk mint and a Krakow denarius undated with the letters SP, which meant SIGISMUNDUS PRIMUS. Nice coins, virtually no signs of circulation.

Meanwhile, we invite you to register and view auction items on the Onebid platform. 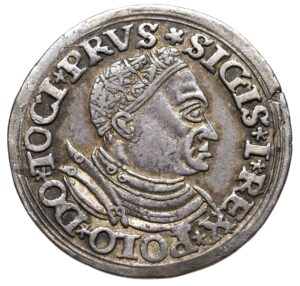 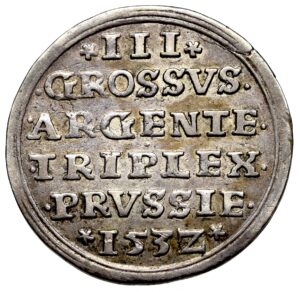 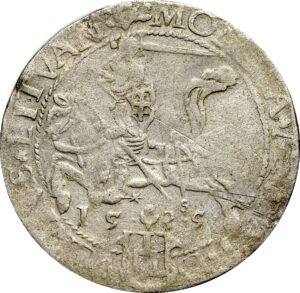 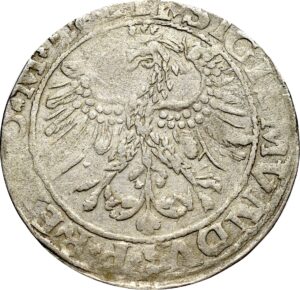 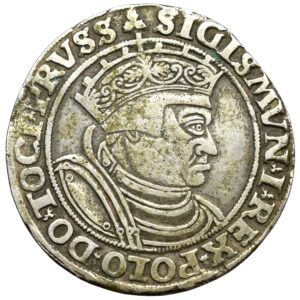 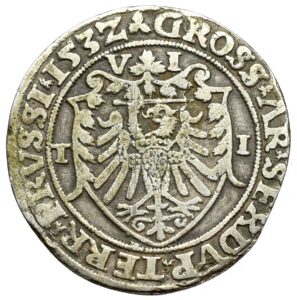 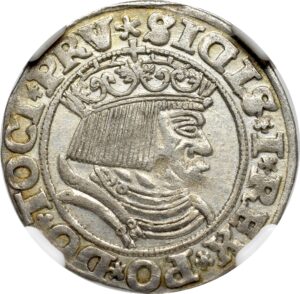 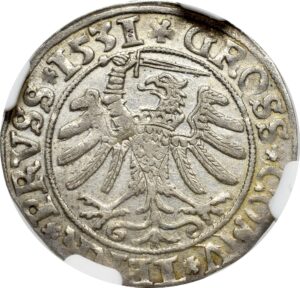 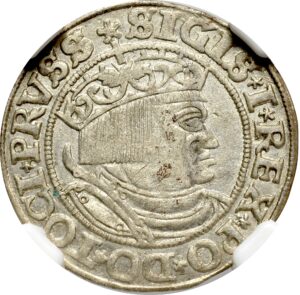 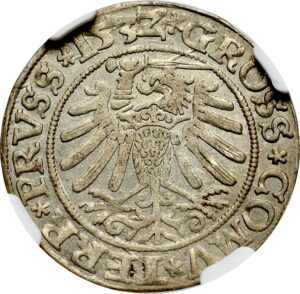 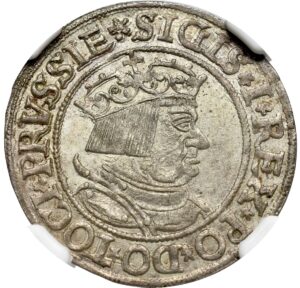 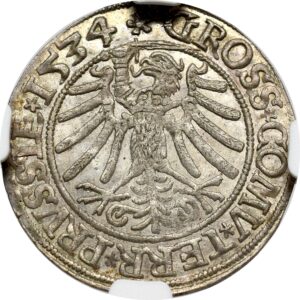 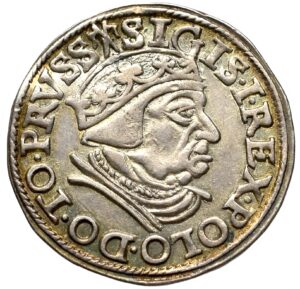 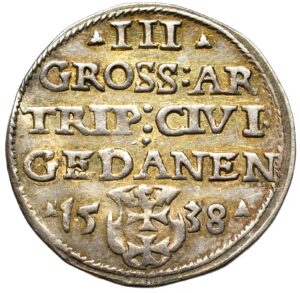 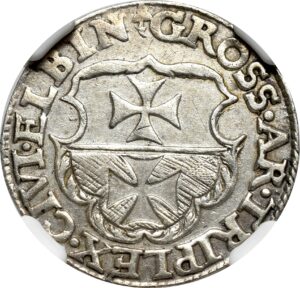 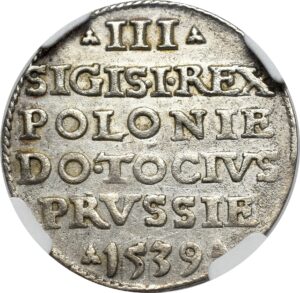 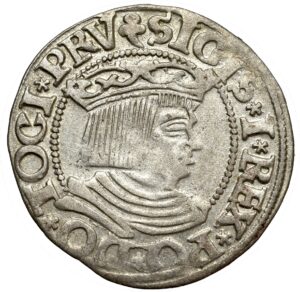 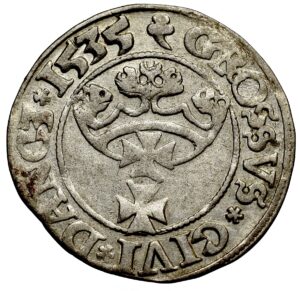 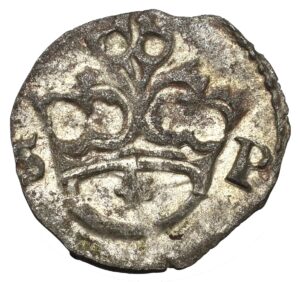 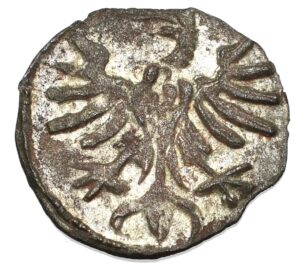