Among the several copies of the “Sztandar” that we will be offering at the upcoming auction, this one stands out from the rest. Here is an extremely rare, until recently uncatalogued hybrid, discovered and described for the first time in 2019 by a specialist in the field of coins of the Second Polish Republic, Mr. Mariusz Walendzik, whose discovery was recently confirmed by the publication of the variety in the latest edition of the specialist catalog of J. Parchimowicz.

This piece was minted with the obverse stamp used for minting the “deep” banner with a characteristic doubled date (during the production of the stamp, the date was stamped twice, but not perfectly in the same place).

Denomination introduced by the reform of January 11, 1924. A coin minted to commemorate the 100th anniversary of the outbreak of the November Uprising under the Regulation of the Minister of Treasury of November 14, 1930. In circulation until November 1939.

Reverse: A banner fluttering in the wind on a long shaft topped with a banner eagle, with an inscription in three lines HONOR / I / HOMELAND, under the banner a horizontal inscription in four lines: 1830 – 1930 / ON THE HUNDRED / ANNIVERSARY / POW – STANIA separated by a flag pole. A rim made of dashes, Kościesza’s coat of arms at the bottom left – the mark of the State Mint in Warsaw, on both sides of the shaft there are the initials of the designer Wojciech Jastrzębowski – W – J. 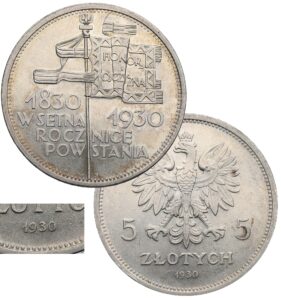 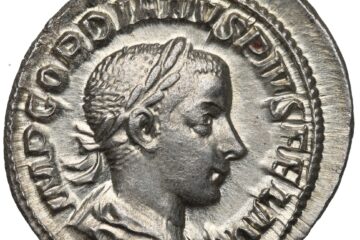 Fifth day of the 11th auction

The fifth – penultimate session of our 11th auction is ahead of us. During today’s session, antique coins, foreign medals, foreign phalleristics and postcards will be auctioned. In the foreign phaleristics department, please pay special Read more… 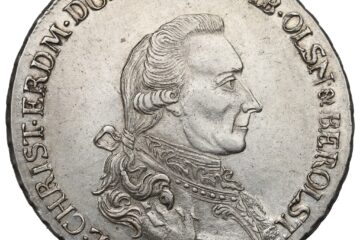 Third day of the 11th auction

Ladies and gentlemen, the third session and the third day of our 11th auction are ahead of us. Today, 641 items will go under the hammer: – coins historically associated with Poland – Poland under Read more… 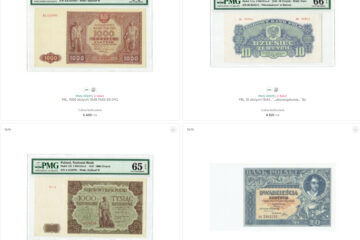 Second day of the 11th auction

The auction of Polish banknotes during the second day of our auction is slowly coming to an end. Soon there will be a section that probably most people are waiting for – coins of Royal Read more…