At our E-Auction 10 – Medieval coins

Today we have prepared medieval coins, among which you will find many extremely rare items.

One of them is the denarius of Bolesław Wrymouth, depicting the prince with a shield and a spear on the obverse, and his name on the sides.

The spear, according to Stronczyński:

“is probably the spear of St. Maurice, which, among other gifts, Emperor Otto bestowed on Bolesław the Brave”.

On the reverse, there is a building with three towers, which could already be seen on the coins of Bolesław the Bold and Władysław Herman.

Extremely rare item, known only from a few pieces!

The second is the denarius minted in Kujawy – the Duchy of Gniewko, probably in the period between 1370 and 1375.

The highest degree of rarity (apart from rarities) in Kopicki’s catalog, defined as extremely rare in Frynas’s catalog.

Over the course of over 20 years, in the available archives, we managed to find only 2 specimens of this type, in our opinion it is the most beautiful representative of the Gniewkowski denar that has appeared on the domestic auction market so far!

The next item is an exceptionally beautiful representative of the very rare Płock trzeciak coin, Siemowit IV.

In the background, there is a lot of preserved silvering, very good readability, patina and brown bloom.

One of the most beautiful pieces on the collector’s market.

The next coins from today’s post will be distinguished primarily by their condition. These will be graded coins in MS62-64, which are a great example of what coins from 600-900 years ago may look like!

Two coins are the denarii of Bolesław IV the Curly in the notes MS63 and MS64. The first one shows the emperor sitting on the throne, wearing a square crown, with a lily and an apple in his hands. This type of denarius is associated with the homage paid to Frederick Barbarossa in 1157 in Krzyszków near Poznań. In our opinion, it is one of the most beautiful representatives of this type of coin on the collector’s market.

The second of them on the obverse shows the bust of the prince in front of him holding a sword, while on the reverse of them there are three princes standing in front of the table. It is a specimen copy of this coin, which can be an ornament in many collections!

In our opinion, it is one of the most beautiful representatives of this type of coin on the collector’s market.

For dessert, two pennies from Władysław Jagiełło and Alexander Jagiellon. Excellent, selected items in the MS62 and MS64 notes.

If you want to see more medieval coins from the upcoming auction, see the entire catalog on the Onebid website! 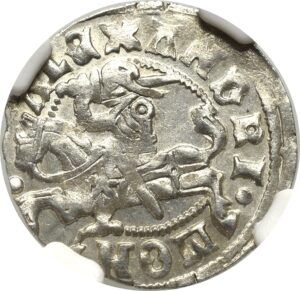 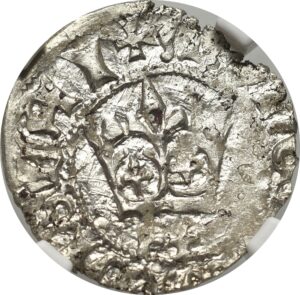 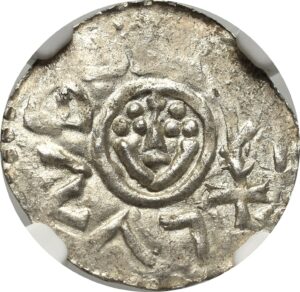 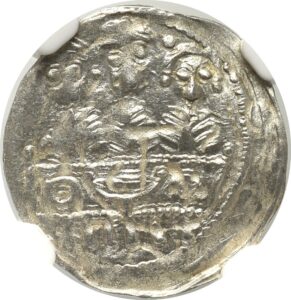 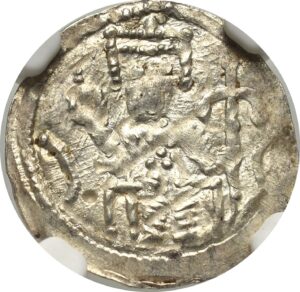 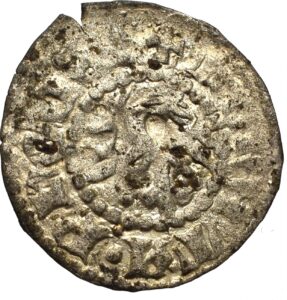 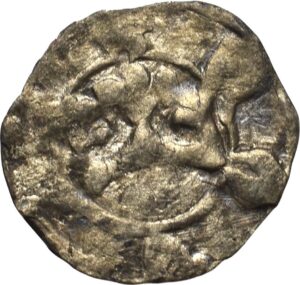 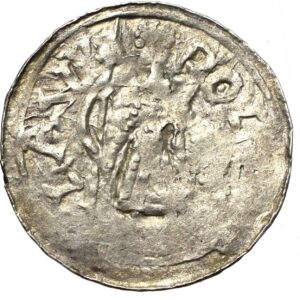