Today’s post is dedicated to the coins of Augustus III of Saxony, who was born in 1696 and died in 1763. He was the king of Poland for 30 years (1733-1763). As a ruler, he wanted to strengthen the monarch’s power in Poland and carry out a military reform to strengthen the army and use it in a dispute with Prussia. Until the death of Elżbieta Romanowa in 1762, his rule was based on a strong alliance with Russia, but when Peter III and Catherine II became the ruler, they did not support him.

Despite the desire to introduce many changes, his ideas were refuted by magnates.
He managed to implement several of them, as well as to change habits in Polish culture or introduce new elements to architecture. These are among others:
– introducing the office of the prime minister and introducing a division into ministries
-development of Polish cuisine and the spread of the use of cutlery and tablecloths
– introducing the habit of drinking coffee
-rebuilding the country through no conflicts for 30 years
– he also modernized the elevation at the Royal Castle in Warsaw and was the initiator of many works on the reconstruction of Wawel

Some consider his rule vain, full of lavish parties and lazy, while others defend it, citing as an example, inter alia, numerous correspondence, which indicates his diligence.

For us, collectors, one thing is certain, he left behind a piece of an interesting and beautiful history of money, which is thoroughly researched and more and more often collected by numismatists!

We would like to present a snippet of the August III Saxon coins section to encourage you to familiarize yourself with the upcoming e-auction offer.

To start with 4 great orths, let’s start with the one not described in the Kahnt catalog. We are talking about an ort from 1755 with a portrait type rare for this vintage – with a large, massive head of the king, but with a smaller robe and a wig, with hair without raised locks. Occasional auction quotations confirm the great rarity of this value, an additional advantage is its near-mint condition. Extremely beautiful, selected specimen with a perfectly preserved mint gloss and a delicate, charming patina.

Another unusual item is the orth, which was minted a year later in 1756 in Leipzig. Extremely fresh specimen with a delightful swirling gloss and excellent appearance gives the specimen a good chance of getting a MS grade in the grading!

If we have already started the topic of grading, we cannot ignore the great specimen from 1755, which was awarded the MS63 by NGC! The specimen in a nice, dark patina has a very nice detail and a mint gloss.

Finally, an example of a very nice ort coin from 1754 with a portrait of the ruler different from the previous ones.

The offer also includes a coin with an interesting denomination of 30 groszy, which occasionally appears at auctions. It is a face value larger than the orths. A very attractive specimen with a delicate mint fluff and a subtle gloss on both sides.

E-auction in just 12 days! The offer includes almost 3,400 items, including numerous sets!
We will start the auction on September 12 from 10 am.

We invite you to register and observe the selected items, meanwhile, we are back to work and we wish you a nice day 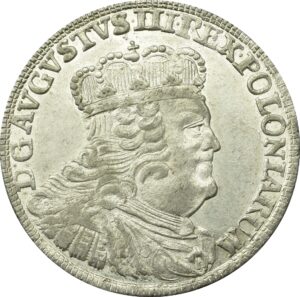 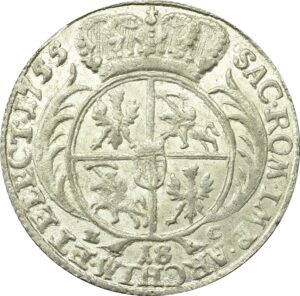 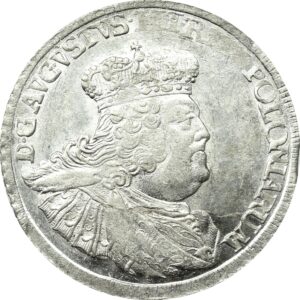 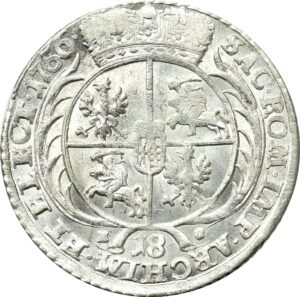 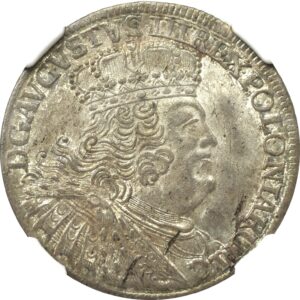 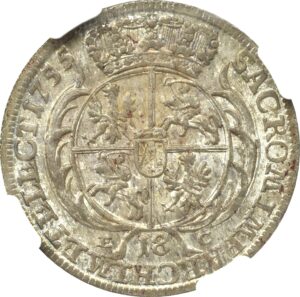 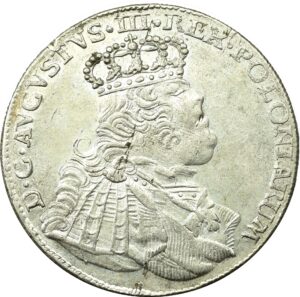 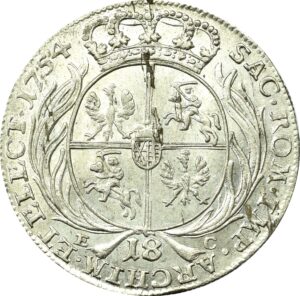 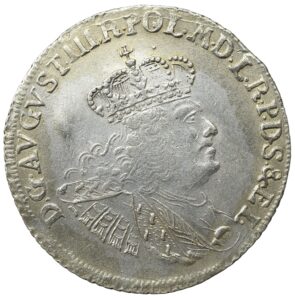 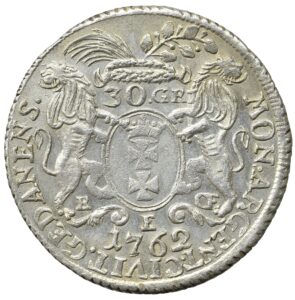