In the evening, we invite you to travel to Silesia.

It was there, in the mint of the Duchy of Furstenberg, that the following coin was minted.

It is a kwartnik – the denomination is eagerly collected and – next to the parvus – the most characteristic element of the Silesian coinage. It was minted during the reign of Bolko II the Small in the 14th century, most likely in the mint in Lwówek(?).

One of the most iconographically characteristic – with the depiction of a helmet with a plume.

A very interesting variant with abbreviated legends without GALEA on the obverse and with the abbreviation of the ruler’s name on the reverse. In such a variant, not described by Kopicki, where four variants are shown!

It will not be the only kwartnik, nor the only curiosity about coins related to Poland that we will offer in January

Obverse: The knight’s helmet facing left with a plume of 6 feathers along the pearl edge, along the outer edge legend:
[DV]CVM SLESI[E];

Reverse: The Piast eagle straight ahead, head facing left along the shield along the pearl edge, along the outer edge legend:
IVVE[NVM BO]L. 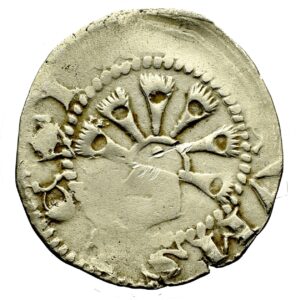 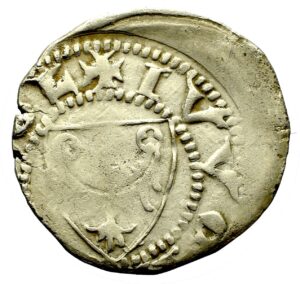