Today we will try to answer three questions that have recently appeared on our inbox.
All of them concern one of the most popular collector’s sections in Poland, namely the coins of the Second Republic of Poland, and it is worth including the answers to them in one post.

In that case, we invite two brothers to the stage – 10 zlotys and 20 zlotys with the image of Bolesław the Brave

1. The first question – why did we include the note “PROOFLIKE” next to the 10 zloty coin in the draft catalog?

A simple answer – the specimen we propose was minted at the beginning of the life of a well-prepared stamp, or a stamp that underwent conservation during its operation, which resulted in the receipt of a coin with an unusual appearance for circulation items. A clear cut of the mirror from the matte relief with a characteristic fluff, characteristic for the production of reflex cameras, is present on the offered copy. It can be seen in the picture in which we placed both items next to each other, 20 zloty is in a uniform shade, both the background and the relief do not differ from each other. A skilled eye will also notice a small hint that somehow documents the correlation of the coin’s appearance in comparison with the life stage of the stamp used –
a minimal groove runs through the center of the eagle and it has nothing to do with the circulation, because the specimen is undeniably mint, it is a trace of the stamp breakage as a result of long-term influence on it strength during the production of coins… and thus it is in vain to find the rare and sought-after “PROOFLIKE” effect on such a copy.

2. The second question – why are they of different color?

This topic has been raised many times by people dealing with coins of the Second Republic of Poland and is still controversial and guesswork today, because the answer to this question generates a puzzle at the same time …
The reports of the State Mint inform that …

It is controversial because the State Mint has retained the right to mint gold coins of private persons based on the material provided after covering the production costs, therefore these amounts do not have much to do with the real mintage of the coins mentioned above. This information can also be a response to differences in color, just some of the coins were probably struck directly from the ore obtained from jewelry, e.g. Russian, which, as we know, has a characteristic pink color.

3. The third question – a trial, circulation or bullion coin?

The answer was already given in the previous considerations in the second point. Attempt? – the volume of the issue and legal footnotes exclude a trial character. Circulation? – partly yes, but looking at the price of gold in relation to the grammage and face value, there would be gold in 20 zlotys for over 30 zlotys, so we would not call it circulating. However, we are left with the third option – bullion, this term fits them perfectly, after all, what else can you call a coin that you can order by bringing a handful of old rings and paying only the difference for the production process…

… and now we are finishing the long post and we are still working on the auction, which already has over 2000 items, please register at rda.onebid.pl – the auction starts on September 28. 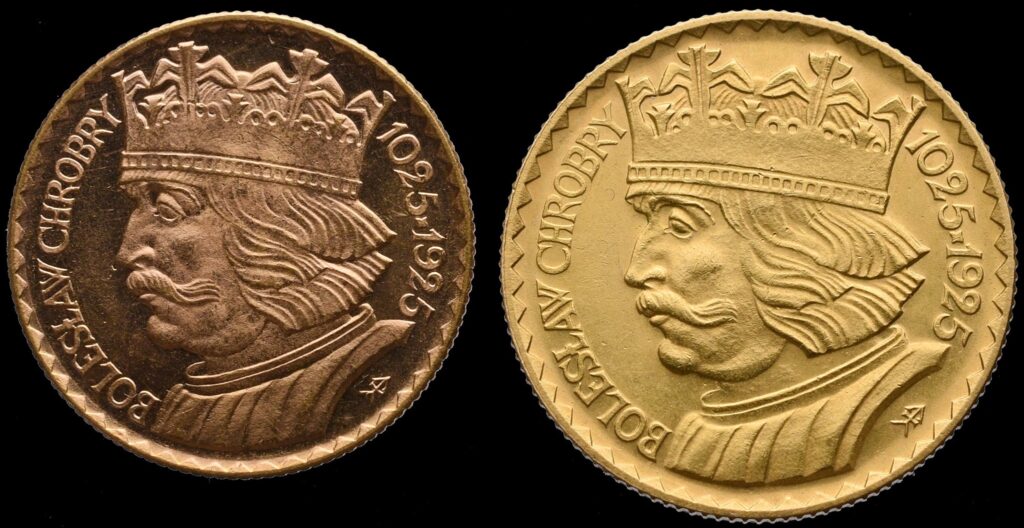 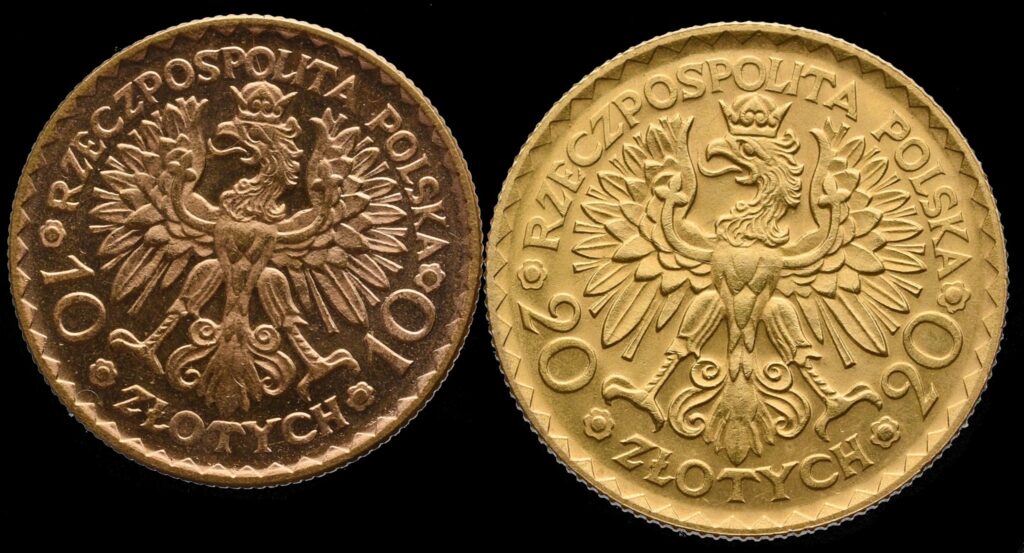