At our E-Auction 3 – chalice with a coin

The beginning of the weekend is a beautiful moment after an intense week. And especially when such a chalice is one of the last items developed before leaving work

In the eighteenth, nineteenth and even twentieth centuries it was popular to make various types of utility items of silver and gold with inserted coins. This type of jewelery activity flourished in the nineteenth century, when coins were put into cups, glasses, sugar bowls, and even spoons or ladles (not to mention brooches).

By adding a coin to the product, the creators created interesting souvenirs, and even patriotics (such as glasses with inserted coins of the November Uprising or Polish coins found on the property).

Our auction includes a beautiful chalice made at the end of the 18th or the beginning of the 19th century among various types of Varia associated with various categories.

The coin has a frame. Originally, most likely facing inwards, and later on, facing outwards.

Such items are now more and more often sought-after curiosities for collections, and due to the historical turmoil between the nineteenth century and sometimes today, few of them have survived to our times and appear on the market less and less.

This beautiful item will be exhibited by us in the Saxon coinage department.

PS. This is not the only interesting silver item that will go to our August auction 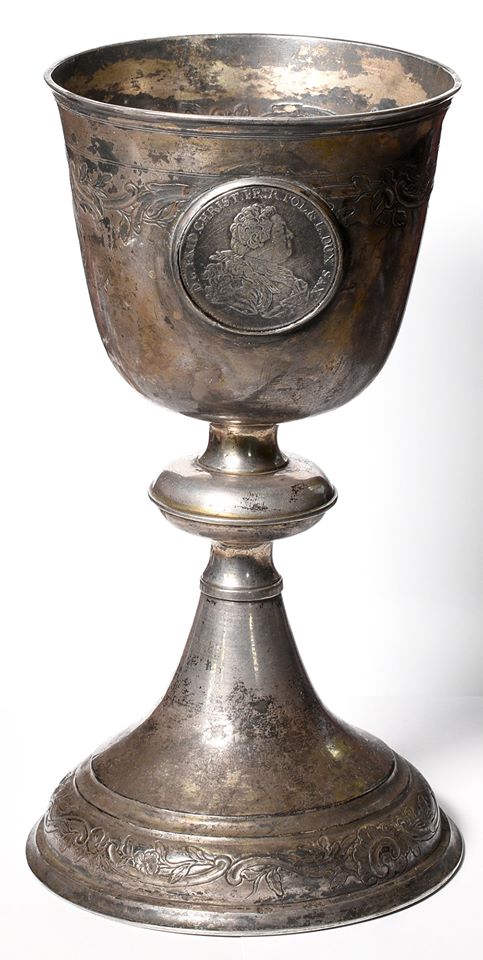 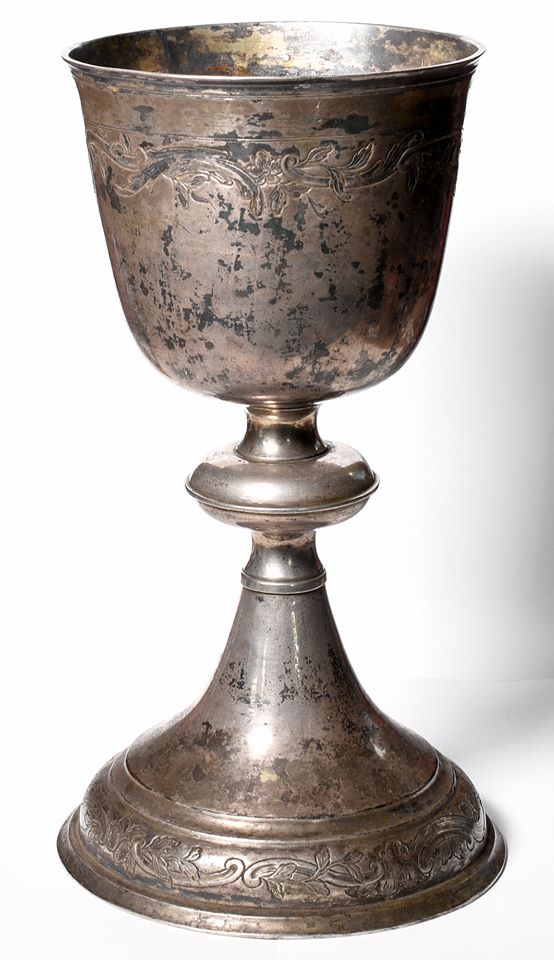 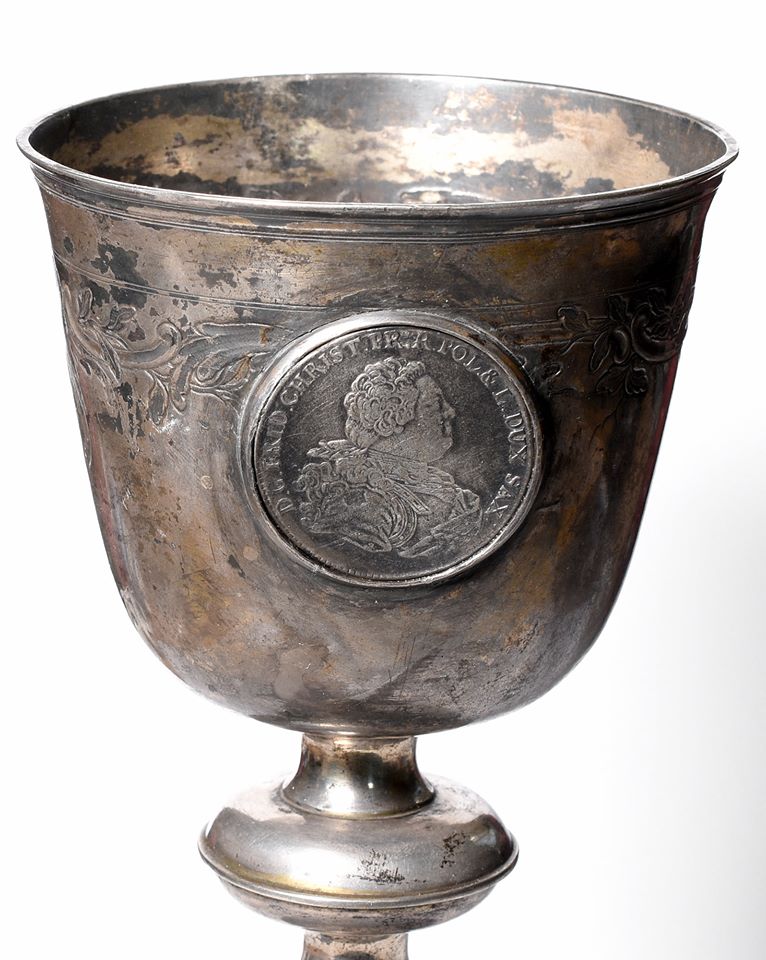 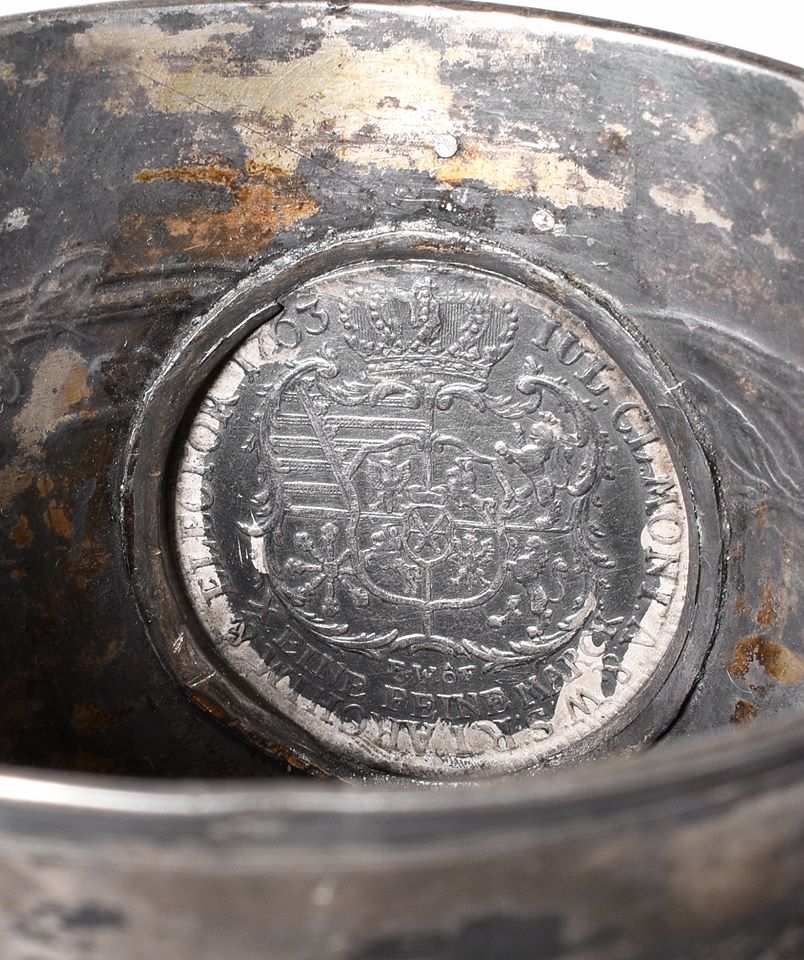 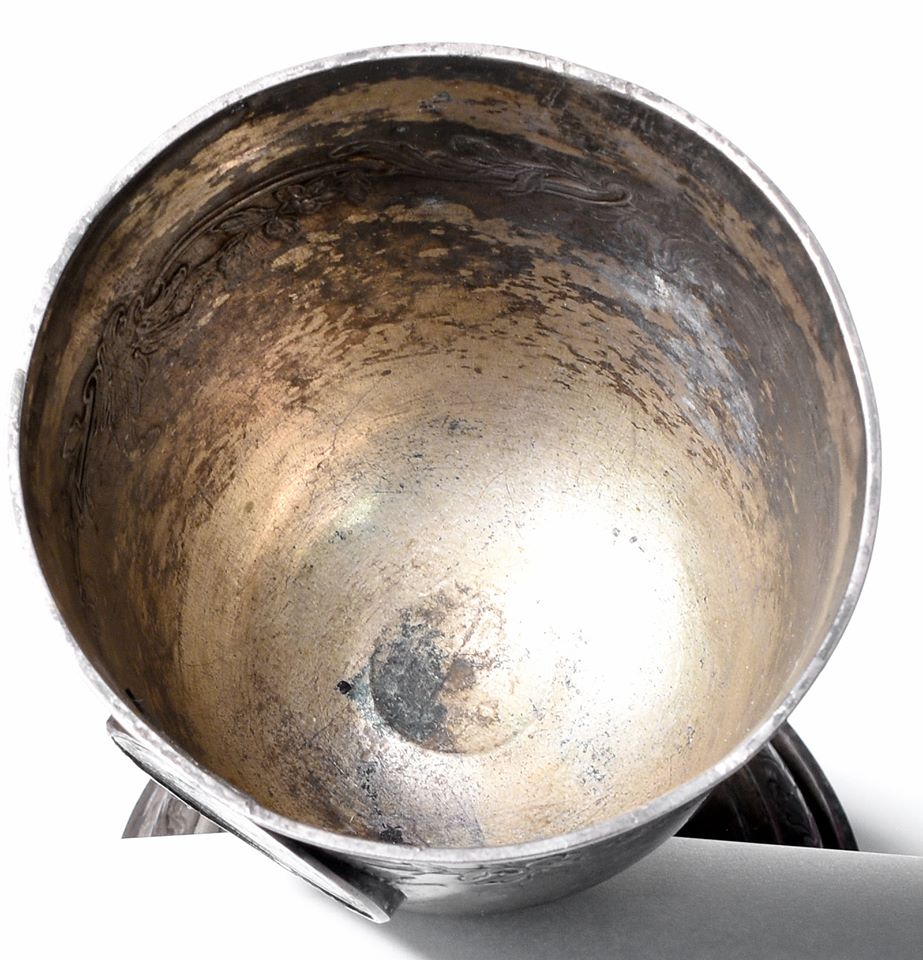 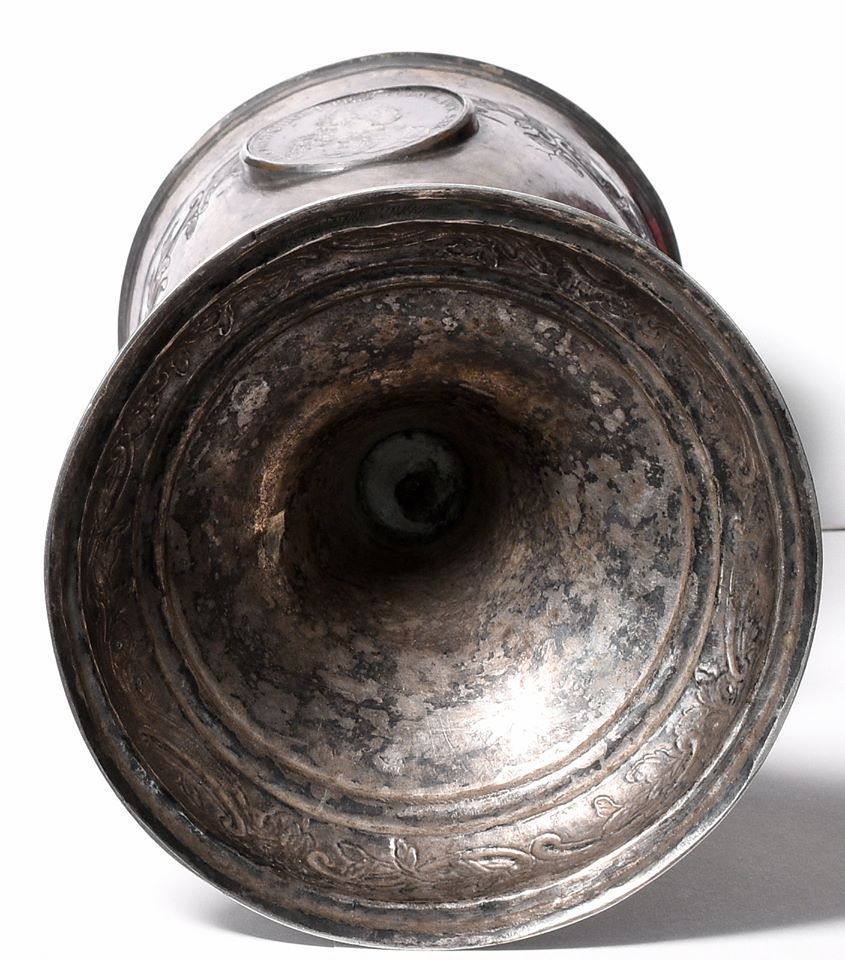