At our Auction 9 – Collection of Probus coins

Published by rzeszowskidom on April 5, 2022

At the Auction 9, which will be held in just one week, it will be possible to buy coins from one of the best collections of Probus coins again. It will be the third edition of the coins from this collection!

We have already written about this collection, but we would like to remind you that it is an amazing collection, consisting of extremely rare variants, including some known only from single copies! In addition, most of them are in unusual mint or near-mint condition, and single items in worse condition usually have a very good provenance or are known only from a few items.

Let’s start with one of the decorations for the section from the upcoming event.

A very rare type of bust with a hand in a gesture of greeting. Illustrated in Bastien’s supplement. Only 3 copies of this variety are known. The coin from the illustrious collection of P. Gysen.

A wonderful piece of art with great details, full silvering.

A very rare variation of the legend with the title PERPETVO. Probus was the only Roman emperor to use this title where only a similar title dictator perpetuo was used by Julius Caesar in 44 BCE.

One of the four known copies. The coin from the illustrious collection of P. Gysen.

A nice copy of a very rare and sought-after issue.

One of the rarest reverse sides in the entire Probus coinage.

A beautiful piece with amazing details, especially the temple of Roma!

A very rare variety with an Attic helmet and a gorgoneion on the shield.

Quite rare, typologically interesting and sought-after reverse. Only 3 known copies.

A very rare and sought-after type of consular bust in which the emperor does not hold an eagle scepter (scipio). Beautiful patina and amazing details!

A very rare type of bust. An exquisite piece with beautiful details and full silver plating.

A beautiful piece with a very well-preserved silver plating.

The type was minted only in Rome and Siscia, however, the Sisca emissions are definitely rarer on the auction market.

A very rare and sought-after type of reverse with a classic Roman motif, depicting a she-wolf feeding Romulus and Remus, but with a very unusual ORIGINI AVG inscription, which is unique in the entire Roman coinage. This reverse either emphasizes Probus’s close relationship with Siscia (where the coin was minted), or perhaps Probus’s noble, ancestral, Roman origin for propaganda purposes (in fact, Probus came from low social strata).

Of course, this is only a small part of this collection, and the whole thing is available for viewing on the Onebid platform! We invite you to register and submit limits! 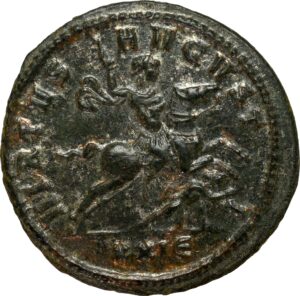 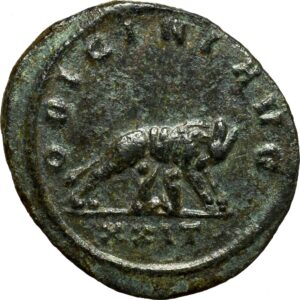 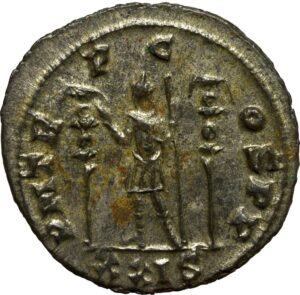 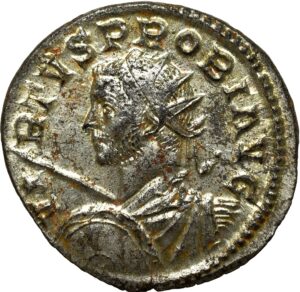 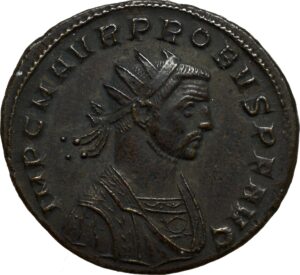 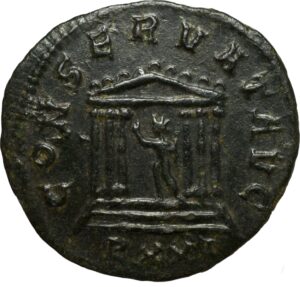 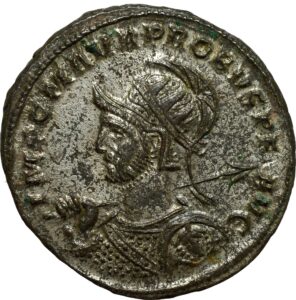 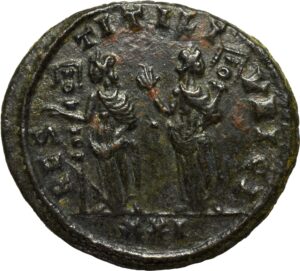 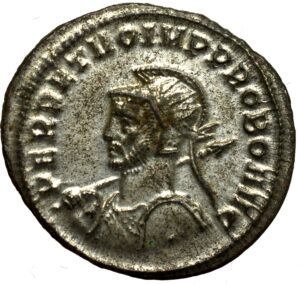 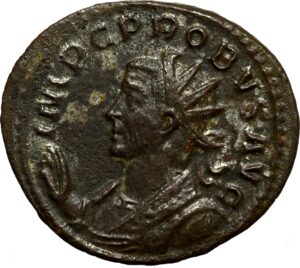