At our Auction 8 – Silesian coinage

Published by rzeszowskidom on November 11, 2021

Collectors often ask us if there will be anything interesting in the Silesian coinage… Let today’s evening fast dispel all doubts and end this busy week with a bang!

We start with one of the most interesting items from this section, namely 24 kreuzer from 1621 from the mint in Oleśnica. Typologically very rare coin, minted during the reign of Frederick von der Pfalz. The only year of this reign probably minted in a small edition!

In the specialized catalog of Ejzenhart and Miller, it is described in only two varieties with rarity degrees R6, differing only in punctuation or the lack of it in the ligature of master Tuchmann.

This specimen is a new, undescribed variant with P instead of PA as an abbreviation of palatinus in the title of the obverse.

Such a variation does not appear in digital archives of public auctions, both in Poland and in foreign archives – in which there are only 2 quotes for this year.

The coin is worth recommending to the best and most specialized collections of Silesian coinage. Value of an outstanding class, unique in nature.

The second coin is the prize thaler of the Wrocław gymnasium, a coin that not only a student but also an adult would definitely want to get. A very rare item in the trade, stamped by Johann Gottlieb Kittel as a reward for students in the form of thalers and half thalers. A well-preserved specimen of a typologically interesting item.

The next 4 specimens will delight many demanding collectors of Silesian coinage. These are coins in almost unheard of conservation conditions. It can be said that such specimens can be a great promotion of the Silesian coinage and encourage them to be included in your collection, therefore:

-Heller without a date, Kłodzko, Puta from Czastolowice. The rarest variety with a cross in the middle of the letter G on the obverse and an asterisk between the lion’s paws on the reverse. A phenomenal, mint-like specimen, with a beautiful, vivid shine and a delicate patina.
The coin was appreciated by the highest MS64 rating so far issued by NGC. In this state of preservation, it is practically inaccessible. The rarest of the 4 discussed.

-Heller, Świdnica, Zygmunt of Luxemburg. The coin is called a wild boar by collectors because of the obverse of which there is an animal in the border. On the reverse there is a majestic griffin. Currently, a coin that is rarely seen in trade, in such a state of preservation almost unheard of. The highest grade so far for this type of heller – MS65.

-Heller, Namysłów, Zygmunt of Luxemburg. Obverse: crown inscribed in a circle, around the letter. Reverse: a lion walking to the left. Less common item in trade, even unavailable in this condition. The highest grade so far for this type of heller – MS63. The only specimen so highly rated!

-Heller, Legnica, Ludwik II Brzeski or Elżbieta Brandenburska. The last of the four, very characteristic, due to its obverse, which bears the bust of St. Peter’s right, key in hand. The coin appreciated by NGC with the highest, so far issued, MS63 rating.

Without slowing down, it’s time for the phenomenal 6 Krajcars of the Duchy of Oleśnica, Sylwiusz Fryderyk. A delightful, close to perfection, mint specimen, with a mirror shine all over the surface. High MS63 + grade, but in our opinion the coin was rated harshly by NGC anyway. We are intentionally enclosing two photos for this item to encourage you to check out the other items in this section

Finally, a variant of the punctuation of the obverse of 6 Sylvius Fryderyk’s 6 cutters from 1674, not described by Ejzenhart and Miller, the coin appreciated by the highest, among the so far awarded, in the NGC grading.

We invite you to register for the upcoming event on the Onebid platform, which will start on November 20 this year at 10am!

We also remind you that there are videos added to many items, which we will systematically add to the next coins to show you the specimens in full splendor.

We wish you a nice evening! 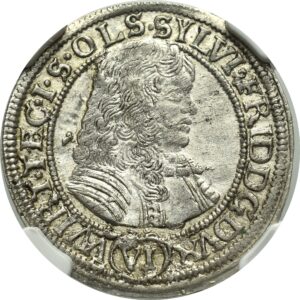 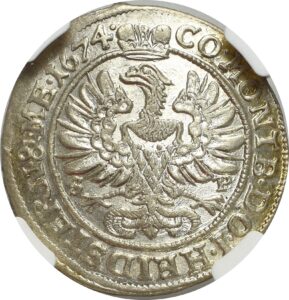 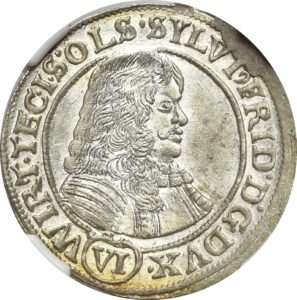 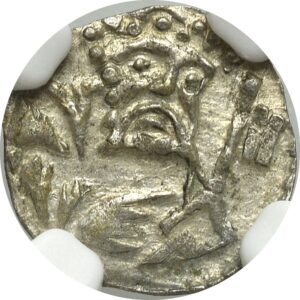 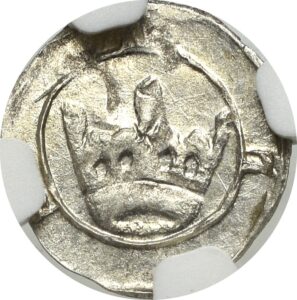 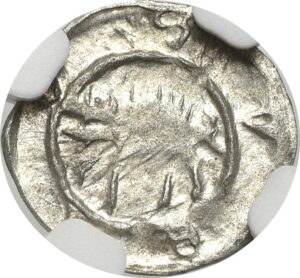 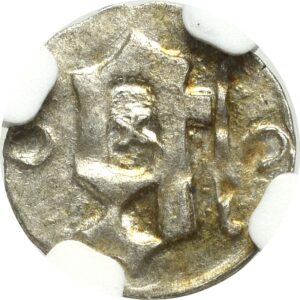 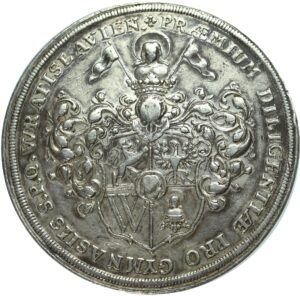 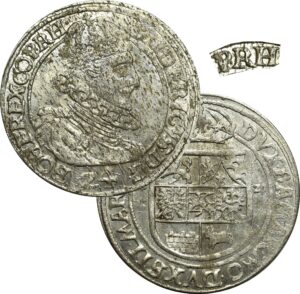