At our Auction 8 – Medals from the upcoming auction

Of course, the medal at the opening of the Main Assay Center of the Warsaw Mint, minted in 1851, is in the first place. One of the rarest Polish medals of the Zaborów period. An item that is a perfect complement to each collection of both Polish medals and the collection of Polish coins under the partitions. A medal of great rarity known in only 5 copies! They boasted their specimens of count. Emeryk Hutten-Czapski (cat no. 3783 (R4)) and Piotr Umiński (item 764 in the collection catalog). A specimen of the latter was most likely included in the collection of counts. Czapski, as evidenced by the fact that he was placed again in volume V from 1916 (in 1906, after Umiński’s death, 1381 medals from his collection were donated to the Czapski Museum Collections by his widow).

The third specimen was reproduced in the work of A. Więcek, The History of Medallic Art in Poland (Fig. 163), it comes from the collection of the Medallic Art Museum in Wrocław (MSM Mp.5259).

The fourth specimen, and the first known in private collections, was lent to the Mint of Poland for the Exhibition on the occasion of 250 years of the Mint’s existence by a private owner. This specimen is the fifth known and the second one in private hands. The medal is absent from any of the Four Great Pre-War Collections. As a result, it can be boldly called a value of the museum class. At the same time, the future owner will be able to enjoy a unique position, knowing that this medal is a UNIQUE on the auction market, where it has not been listed so far.
High-class issue issued to commemorate the establishment of the Main Assay Room of the Kingdom of Poland in the Warsaw Mint in an unknown mintage. The author of the stamps of the medal was one of the most talented and famous Polish medalists – Józef Majnert, whose signatures appear on the raised rim on the obverse and reverse.
This medal is one of the last works of this brilliant mint maker and a well-known forger, as it was in 1851 that he was released from the Mint of Warsaw. At the same time, the medal had to be created after April 10, 1851, because it was then ordered by Tsar Nicholas I to be created.
The medal itself was struck on a thick (4-4.6 mm) disc with a very deep relief, reaching at the maximum point of the obverse a distance of 3 mm from the edge, which required a huge technological effort of the Mint’s employees. In addition, the representation itself has been deeply engraved in the medal and gives the impression of three-dimensionality of many objects, which is additionally emphasized by the line of the segment inclined almost to the level of the edge of the rim.
The specimen is probably one of the last, with visible lines of cracks on the obverse stamp at 12 o’clock and on the reverse at around 1 o’clock. border background. A beautiful, mirror-like background in the lowest parts of the medal, created thanks to the skillful preparation of the stamps by the Mint’s medalists, while cutting off this effect by the matte background of the rim. The charming golden-ruby patina of the old collection emphasizes the exquisite craftsmanship. Minor single cuts typical of 19th century medals, which were regularly vacuumed by collectors from the era. Rant with a local bloom.

The next one is a beautiful, rare 19th medal with perfectly preserved details and an age-old patina perfectly matching it, a medal minted to commemorate the Polish poet and writer of romanticism Jadwiga Łuszczewska, who uses the pseudonym Deotyma.

An extremely interesting item is also the medal from 1810 on the occasion of the wedding of Napoleon, at the height of his fame, with Maria Luisa, daughter of Francis II and Maria Theresa. The specimen is in a very attractive condition, with well-preserved sharp details.

Two more German Nuremberg medals were minted on the occasion of baptism. Typologically very interesting items, and the second one was listed only a few times!

Finally, an extremely rare medal, listed only a few times on the global auction market, minted to commemorate the alliance against Turkey in 1684. Iconographically interesting, with the obverse showing the bust of Pope Innocent, and on the reverse with a dove above the altar with the papal tiara, a Venetian cap, and the crowns of the Holy Roman Empire and Poland. This item is absent in most even highly specialized collections! 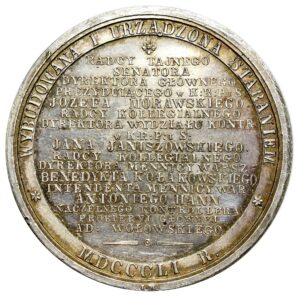 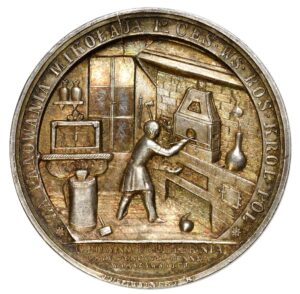 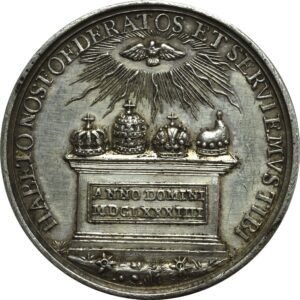 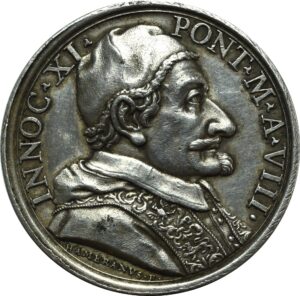 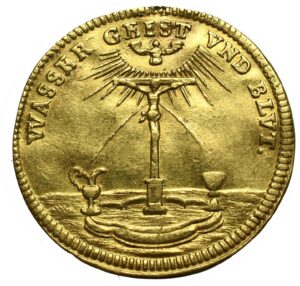 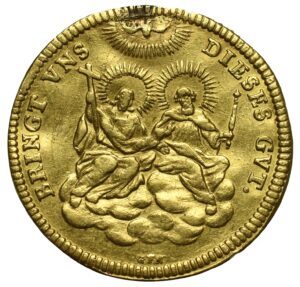 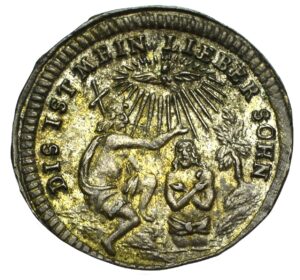 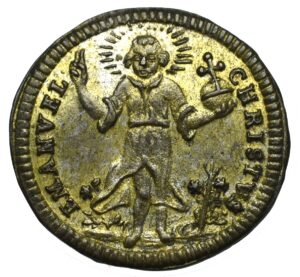 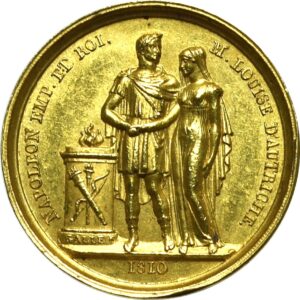 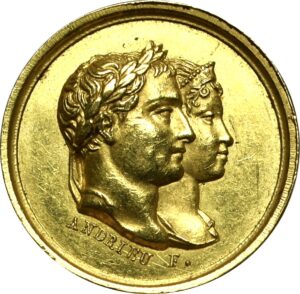 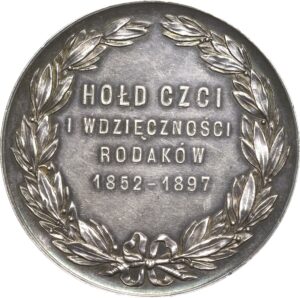 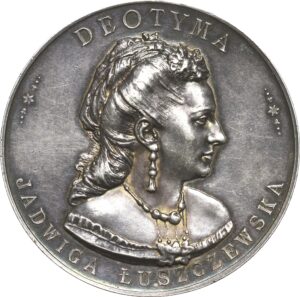