As we promised in the morning, we present the object of sighs of collectors of Sigismund I the Old’s grosz coins. One of the typologically most sought-after coins of the Royal Poland period. The issue is distinguished by a new type of crown, in which, instead of a floral ornament, there are two winged cupids. D. Pączkowski wrote about this issue in an article in the Warsaw Numismatic Journal: “In 1546 another, extremely rare type of crown was created, in which the centrally placed fleurons were replaced with arabesques … The type XII crown is known from several private collections, including Frankiewicz and the largest museum collections “.

The uniqueness of this coin is also evidenced by the fact that in his description of the Frankiewicz auction from 1930 in the pages of the WNA, Marian Gumowski, among many white crows, among ducats and thalers, also devoted a separate mention to this variation of the Cracow grosz coin.

An additional undoubted advantage for the buyer may be the fact that this variety is the third known pair of stamps, so far known on the auction market only from this specimen. At the same time, this pair is, in our opinion, the most interesting of the grosz coins with cupids known so far. This is due to three facts – placing rosettes on the inside in the crown rim instead of the outline of fleurons, an imprint in the obverse legend, where in the word POLONIE under the first O there is a trace of the originally stamped letter N, and the error of the reverse legend, where the word REGNI was incorrectly separated by a dot REGN •I.

Obverse: a closed crown with an arabesque interpreted as two cupids, with a full rim seen from below, with three rosettes inscribed in it. Under the crown, there is a legend in three lines:
SIGISMVND/PRIM•REX/PN/OLONIE; under it the coat of arms of Leliwa Podskarbi Wielki Koronny Spytek Tarnowski between his initials.

Reverse: in a pearl ring, an eagle with 12 feathers in each wing, with a spreading tail, with four-pointed paws, crowned with an open crown with three fleurons; along the outer rim: MONETA•REGN•I POLONIE 1546;

Collectors of grosz coins will also be able to supplement their collection with another, extremely rare value… Sigismund I the Old’s grosz coins from 1546 are extremely interesting coins, famous for numerous deviations from the norm. The rarest of them are compositional errors in the representation of the crown, including this variety.
The specimen from the upcoming auction has a characteristic iconographic error in the form of showing three rosettes in the crown rim seen from below, interpreted as roses, and not, as is usually the case, the fleurons of the other side of the crown seen from the inside.
A variety highly appreciated by the authors of catalogs and price lists: Kopicki 430 (R7), Kurpiewski 62 (R7) (Tyszkiewicz valued it at 25 Marks, where some of Zygmunt III and Jan Kazimierz’s ducats are valued below 20 Mk)

Finally, a punctuation variant of the Gdańsk triple from 1539, not described in Iger’s catalog, with a dot after CIVI on the reverse. An exquisite coin with an intense shine on the entire surface. The coin appreciated the second highest, among the so far awarded, in the NGC MS62 grading! Only one specimen for this year was rated higher!

These fantastic values, sought after in such a state of preservation, can enrich your harvest in just a day! We invite you to sign up for the auction at www.rda.onebid.pl 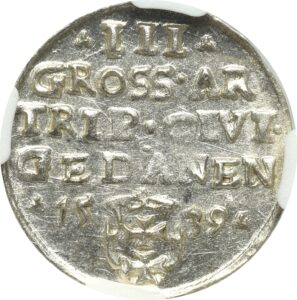 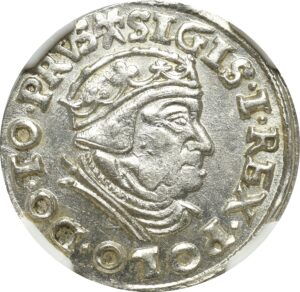 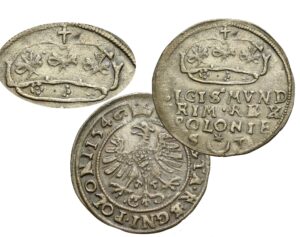 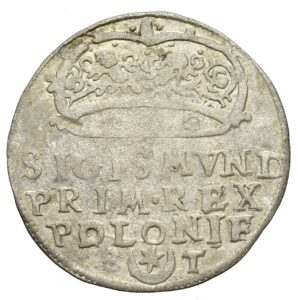 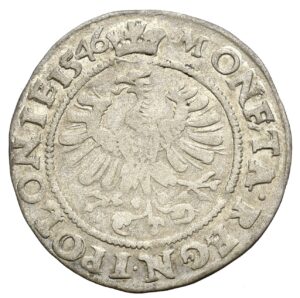 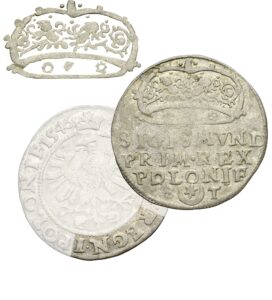