At our Auction 8 – Grosz coins of Stefan Batory

Stefan Batory’s grosz coins is a beautiful period of Polish coinage, and a large part of them are extremely rare. Two beautiful and sought-after values appeared in the offer of the VIII auction, which will be able to supplement your collection in less than a week!

The first is a very rare specimen from 1580, i.e. from the period when Vilnius grosz coins began to be minted during the reign of Stefan Batory in the Polish-Lithuanian Commonwealth.
A variety with a trefoil above the shields on the reverse, with LIT / LITVAN endings. The coin is very rare in trade, especially in such an excellent condition, as evidenced by the fact that in
E. Ivanauskas’s catalog this variant was illustrated with a clearly weaker specimen.

A recommendable item for the best and most specialized collections.

The second grosz that we want to show is a coin minted in Olkusz in 1580, with the Glaubicz coat of arms of Jakub Rokossowski, who held the office of Treasurer of the Great Crown. This type of coin is sought after in every state of preservation by collectors, the value of our event is in good condition, with a very nice patina and good appearance.

We would also like to remind you that the auction will feature a trojak with an indescribable bust of a ruler with a characteristic, wide, mesh crown in an unusual condition, which NGC appreciated with the high MS64 rating!

Finally, the trojak variant from 1581 from the Vilnius mint, not described by Iger and Ivanauskas, with a bust with fleurons in the crown, endings of the L / LIT legends and circles in the legends, without the treasurer’s coat of arms and denomination markings for a change. Kopicki 3364 (R5), Kurpiewski 294 (R6) 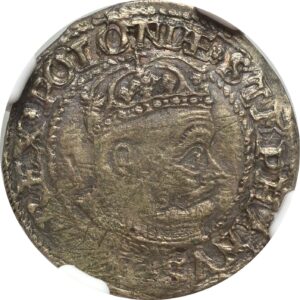 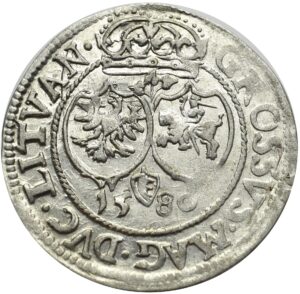 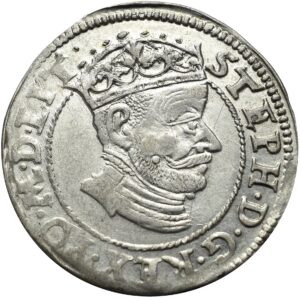 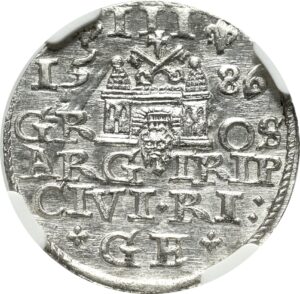 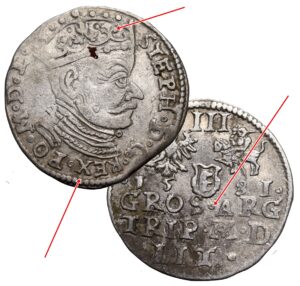 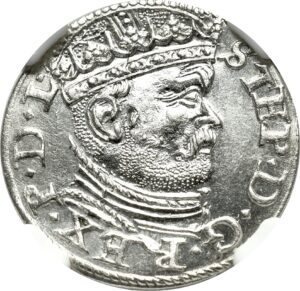 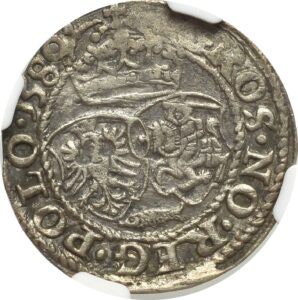