The medieval auction will once again be carrying excellent, selected coins. Undoubtedly, one of them is one of the most spectacular bacteats of the Polish Middle Ages, showing a bust of a bearded man in a Jewish cap, with a raised hand and a Hebrew inscription on the rim. Few auction quotes confirm the extreme rarity of this value. In addition, the coin is in mint condition with excellent mint gloss!

Another very interesting and desirable coin is the issue attributed to Leszek Biały, despite the legend pointing to his father, Kazimierz. According to prof. Suchodolski, this procedure was aimed at legitimizing Leszek’s authority in the Krakow district as the heir of his father, Kazimierz the Righteous. Bracteate – a bishop with a crosier is also an excellent, circumstantial specimen, with a beautiful shine on the entire surface.

At the upcoming event, there will also be half-grosz coins without the date of Kazimierz Jagiellończyk with the letters MK and TM. The first is a specimen from the same pair of stamps illustrated in Tadeusz Kałkowski’s book “TYSIĄC LATY MONETY POLSKIEJ”. It is a type minted earlier, definitely heavier and larger than the later minted half-pennies with the Poraj coat of arms – by Piotr Kurozwęcki. The letter M comes from the surname of Stanisław Morsztyn – the manager of the mint, and the letter K from the mint master Mikołaj Kernchen.
Legend Variation:
– on the obverse, an asterisk at the beginning and end of the legend, a flower in the form of a cross after the word POLONIE;
– no ornaments on both sides of the cross on the reverse, a flower in the form of a cross after the word MONETA, the letter Z in a mirror image.
Occasional auction quotations confirm the high rarity of this value.

When it comes to half-grosz with the letters TM, the letter T comes from the surname of the mint master Tomasz Trąbczyński, and the M from the surname of Stanisław Morsztyn – the manager of the mint.
Legend Variation:
– on the obverse, a star at the beginning and a circle and a star at the end of the legend;
– no ornaments on both sides of the cross on the reverse.
Occasional auction quotations confirm the high rarity of this value.

There will also be something for collectors of Lithuanian coinage, namely the unusually beautiful denarius of Witold Kiejstutowicz from the mint in Vilnius. A small coin from the turn of the 14th/15th century, minted by Witold – the brother of Władysław Jagiełło. Definitely one of the prettier specimens that has appeared on the market in recent years, additionally appreciated by the highest NGC rating for this type of coin MS63. 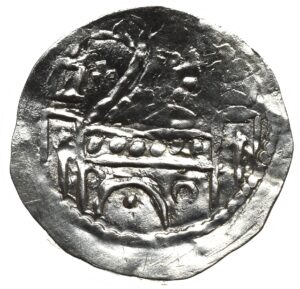 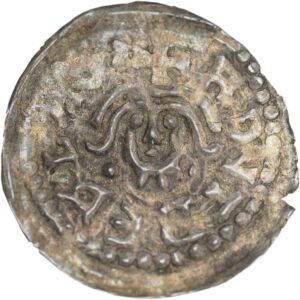 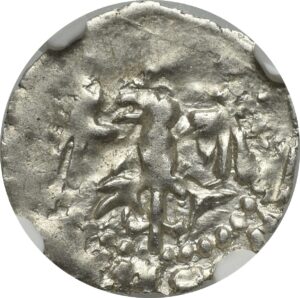 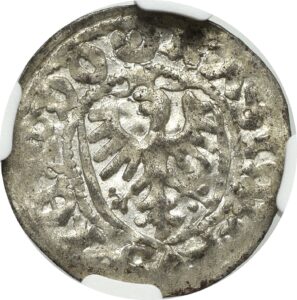 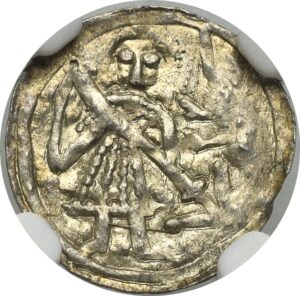 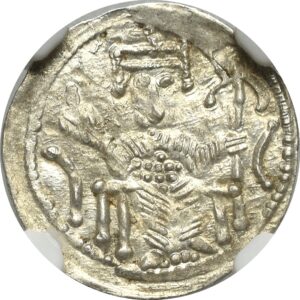 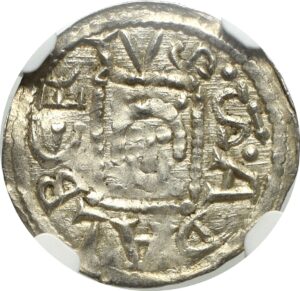 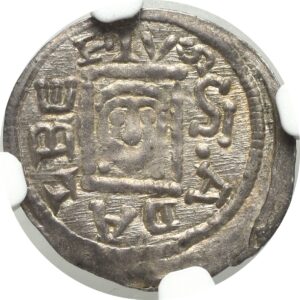 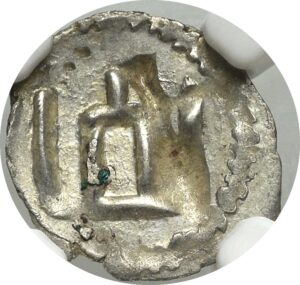 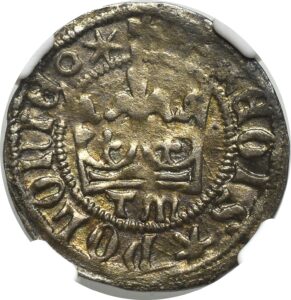 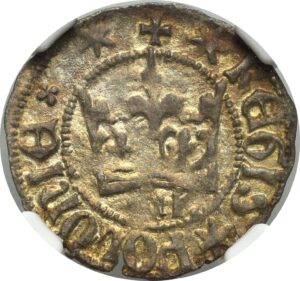 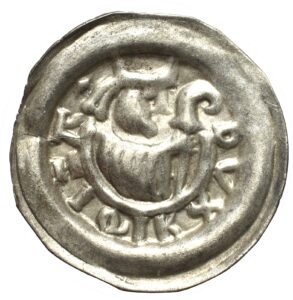 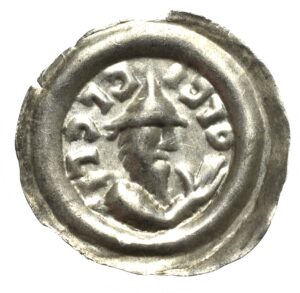