At our Auction 8 – Banknotes

During the promotion of the auction 8, we did not forget about the collectors of banknotes, of which there are over 160 at the auction!

When it comes to banknotes, there are very rare banknotes in phenomenal states, including 2 zlotys 1925, extremely rare (especially in this condition!) 100 zlotys 1948 at PMG 55, 1 thaler of the Duchy of Warsaw from 1810, a banknote with a very pleasant appearance by an unknown author , after undergoing a conservation procedure with the signature of commissioner Walenty Sobolewski and controller Marian Piramowicz, letter A, numbering 2304, stamped by the Liquidation Commission.

There will also be Ober-Ostów, the auction will feature an excellent 1000 marks issued in Kaunas at PMG 64 EPQ (which means exceptional paper quality and no interference in order to improve the quality), the General Government, which is represented in the post by 100 marks 1916 at PMG 55, while the collectors of the Free City of Gdańsk will have the opportunity to supplement their collections with 100 marks, 1 million and 10 million marks.

We offer collectors of the Second Polish Republic, among others, an exquisite 1 zloty banknote from 1919 with vivid colors, perfect appearance and intact forms. Banknotes with the date of February 28, 1919, corresponding to the parliamentary resolution to replace the Polish mark with a new zloty, were put into circulation on April 28, 1924, the banknotes showed the Bank of Poland as the issuer, which in 1919 did not exist yet. Absolutely amazing art, very rare in such good condition. The second position is 10 million Polish marks from 1923 with a perfect visual presence.

We invite you to review the entire section, which abounds in many selected items, which in just over a week will have a chance to supplement your collection 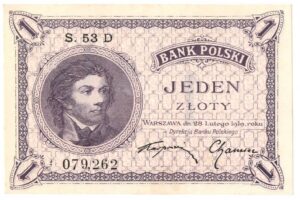 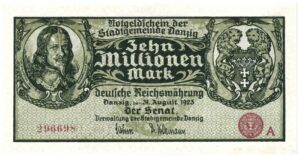 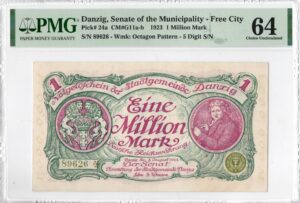 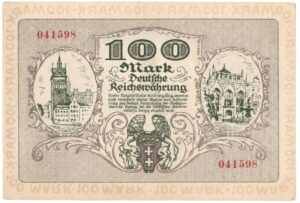 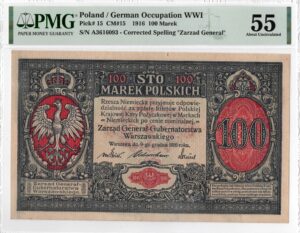 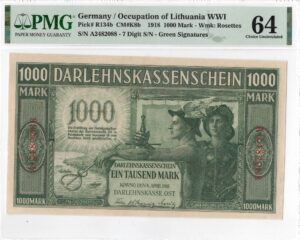 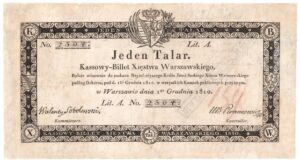 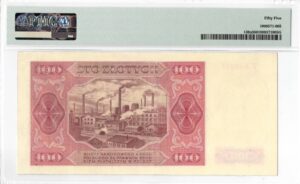 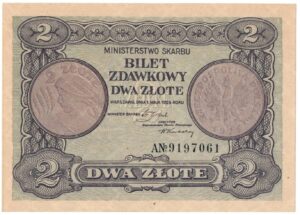 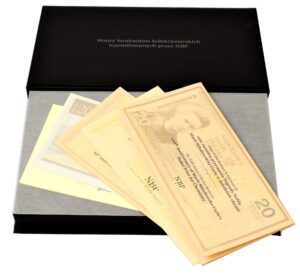