At our Auction 7 – trojak coins from the Olkusz mint

Published by rzeszowskidom on March 25, 2021

Today let’s move to Olkusz from over 400 years ago, when a trojak coin, extremely interesting and currently sought after, was minted. One of the rarest Olkusz coins, which is missing in many collections.

We are talking about a three-grosz coin from 1593, in which the Lewart coat of arms was placed in the second line, and not in the last one, as it was most often the case. However, this is not the rarest thing about it. The greatest rarity in the trojak of the first two photos is the coat of arms of the Axe- Kasper Rytkiera and the royal apple, which has not been assigned to any mint maker to this day! The second very rare feature is the jug below the portrait of the king.
Below is a detailed description of the item.

Obverse: a royal bust in a crown and armor, with a tubular ruff seen from above, along the rim is a legend separated by the sign “jug”:
•SIG•III•D G•REX•-•PO•M•D•LI•

Reverse: denomination of the face value •III•, underneath the coats of arms of the Crown,
the Grand Duchy of Lithuania and the Sheaf of the Vasa dynasty, below them a legend divided in the second line with the coat of arms of Podskarbi Jan Firlej’s Lewart, in the shield:
GROS•ARG/TRIP-REG/•POLONIE•/•9•-•3•/•
The date is separated by the Axe sign and the royal apple.

Coin Iger assigned R5 worth recommending to the best collections!

The year 1595 will represent a mint specimen of the trojak with a beautiful gloss and patina, while the next rarities begin in 1596, from which we have a fantastic specimen (PL / OL / OO), not described in the specialized catalog of Tadeusz Iger. Another beautiful mint specimen.
The next two copies are also undescribed, the first one is characterized by a variant with POLO and LI in the obverse legend, while the second and third by an undefined reverse punctuation. All of them, despite the similar style, are different, so it is worth paying attention to what we buy and sell. For those who want the collection to be more detailed and extensive, we recommend including even punctuation variants in the collection 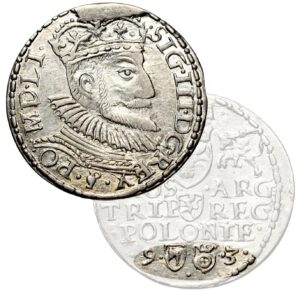 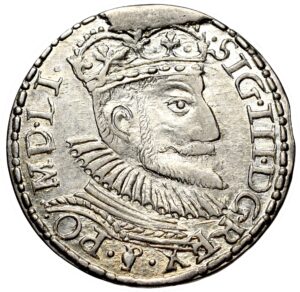 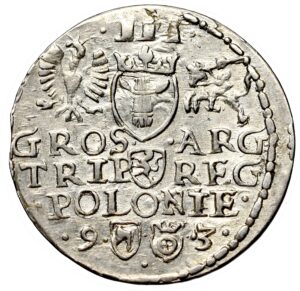 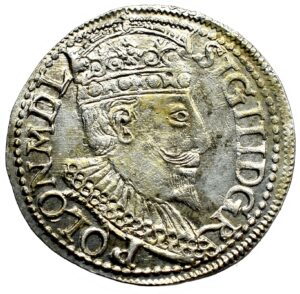 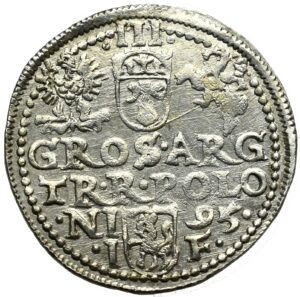 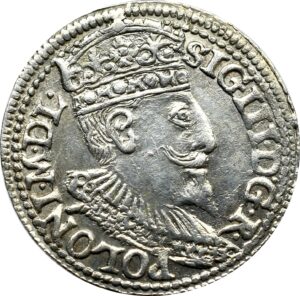 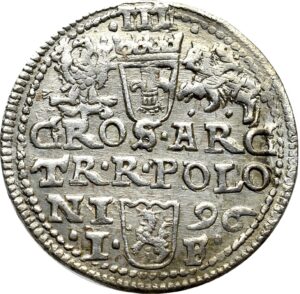 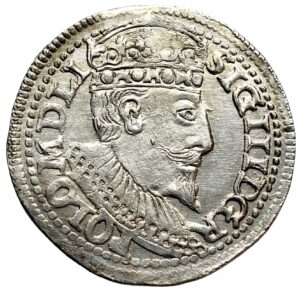 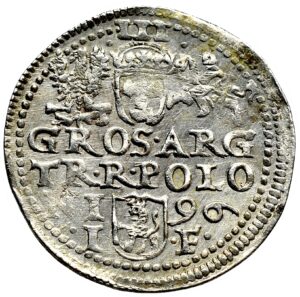 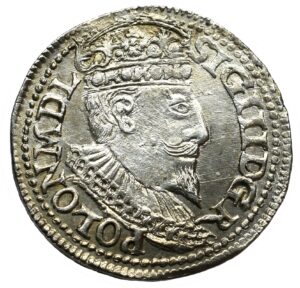 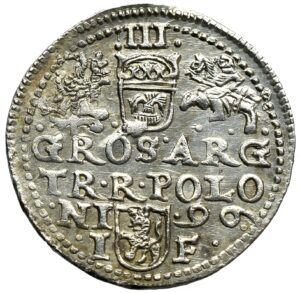 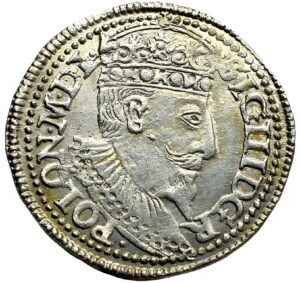 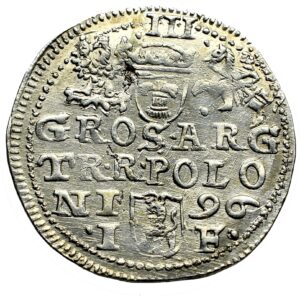