At our Auction 7 – trojak coins from Olkusz, Vilnius and Riga

A week ago, we showed the Gdańsk trojak of Stefan Batory, today we want to expand this topic and show additional three-zloty coins from Olkusz, Vilnius and Riga. It is a very interesting section, and mints can delight even collectors who are not passionate about the trojak coins, which we will try to prove today

The best example of this is the trojak from 1585 – a variety with a narrow king’s head. An outstanding coin on which you can observe every smallest detail. Pearls in the base of the crown, hair, beard or an excellent collar complement the mirror surface.

Obverse: denomination of the face value III between asterisks, below it the coat of arms of Riga, separating the dates 15-85 and the beginning of the GR-OS legend, below it 3 further lines of the legend:
ARG:TRIP/CIVI:RI/•GE•

Reverse: a crowned royal bust with numerous jewels in the crown’s rim, in plate armor,
facing right, a legend along the rim:
STEP:D:G••REX•PO:D:L•

The coin appreciated the MS66 + note, which is an unprecedented note not only for the coins of Stefan Batory, but also of the entire Royal Poland! A phenomenal item that can decorate many collections

Another great item is the triple from the mint in Vilnius from 1582 with a bust of type 14 according to Ivanuskas’ typology.

Undescribed by Iger and Ivanauskas a variant with the endings of the L / LIT legends without punctuation before and after the coat of arms of Leliwa, Podskarbi Wielki of Lithuania,
Jan Hlebowicz. The coin appreciated the second highest, among the so far awarded, in the NGC grading – MS61. A great detail and a large amount of gloss make it a tasty morsel for collectors.

Another beautiful triple is from the Olkusz mint from 1586. Variation with initials NH Nicholas Howla de Kolpino on the sides of the coats of arms on the reverse.

The coin was appreciated the second highest, among the so far awarded, in the NGC grading, where only one copy was rated higher.

At the end, we recall the previously shown Gdańsk triple from 1579 with a phenomenal presentation of the obverse. A very nice specimen of the only yearbook of Gdańsk trojak coins minted during the reign of Stefan Batory.

One of the most characteristic and iconographically unique Polish coins. 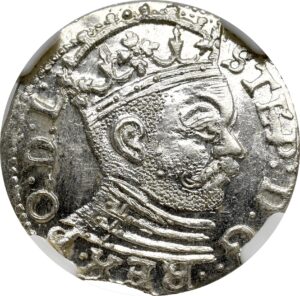 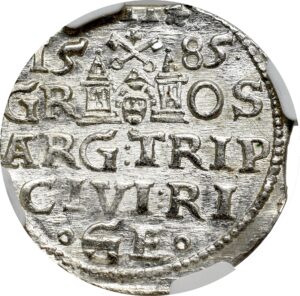 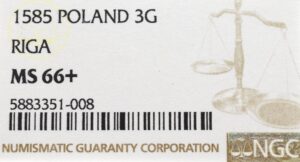 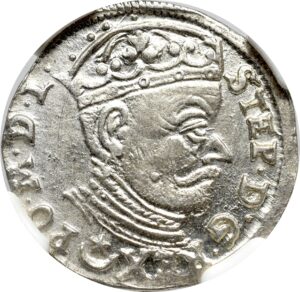 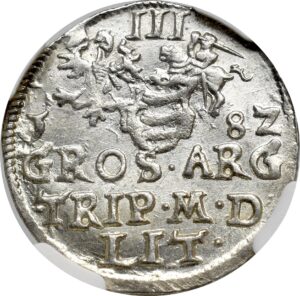 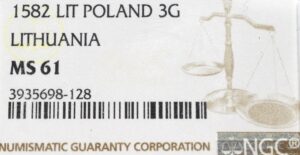 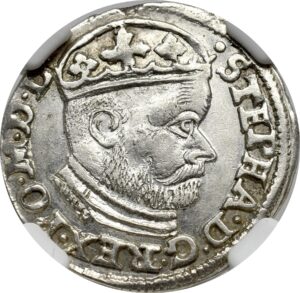 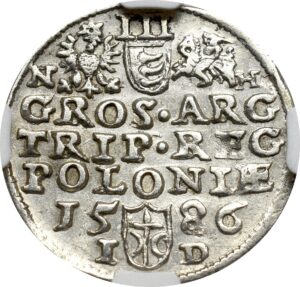 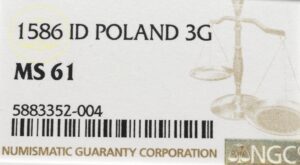 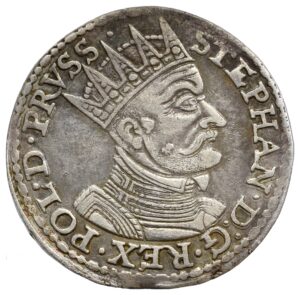 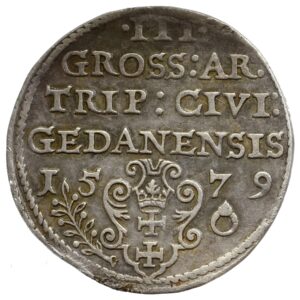