At our Auction 7 – szóstak coins of Jan II Kazimierz

Published by rzeszowskidom on March 19, 2021

The szóstak coins of Jan II Kazimierz will appear at our auction in excellent condition.
Most of them are selected in MS, but there will also be a nice krakus coin without a box

This ruler’s szóstak coins are not easy to collect as they are often imperfect. Colloquially,
in numismatic jargon, they are five to twelve, which is nice, but due to a defect in sheet metal, deficiency or scratches, collectors often give up the purchase and wait for a nicer copy.
These coins are extremely interesting – the richness of iconography, differences in busts,
shields or decorations make it a very interesting section in Polish coinage.

At first glance, a simple and characteristic type of six from the mint in Bydgoszcz from 1663.
On the obverse along the rim a royal bust with a crown, armor and cloak, with the Order of the Golden Fleece, facing right, along the outer edge a legend:
IOAN CAS D G REX POL & S M D L R
On the reverse, on the reverse, there are two crowned, slightly bent coats of arms with the coats of arms of the Crown and the Grand Duchy of Lithuania, with bows on the corners, above,
under the crown, the face value VI. Below, initials • A-T • separated by the coat of arms Snop of the Vasa dynasty in a simple coat of arms, along the outer rim the legend separated by the Ślepowron coat of arms:
GROS ARG SEX-REG•POL•1663

However, don’t get confused

It is a rare variety with a simple shield of the Snop coat of arms and a small eagle, and additionally gives it an excellent condition. Despite being struck with a slightly worn stamp, the coin is non-circulating and has a great mint gloss. Coin appreciated
by NGC with the highest MS65 rating so far! We definitely recommend it.

The next szóstak is slightly more impressive despite the lower NGC rating.
This is due to being struck with a less worn stamp, which keeps the detail better and the background looks fresher. A variation with the tip of the SVE legend, with a bust in armor with stripes of leather on the shoulder.

The coin, as the only one, appreciated the highest, among the so far awarded, in the NGC – MS64 grading.

However, let’s go back to 1662, when Tomasz Tymf was the manager of the mint. Despite the interesting iconography and a relatively well-prepared stamp, the quality of the sheet was a problem, which made the coins look a bit worse. The copy from our auction was selected from a large group, which allowed us to obtain the highest score so far given in the NGC – MS63. Variation without inner wrappers.

Obverse: a royal bust with a crown, armor and cloak, with the Order of the Golden Fleece,
facing right, along the outer rim legend:
IOH:CASIM:D G:REX•POL•&•SVE••

The next two interesting coins are from 1660. The first is a variety with inner rims on both sides, with initials separated by a shield with the Snop coat of arms. A variant with slightly curved escutcheons, much rarer than the usual one with straight shields. Additionally appreciated one of the highest marks so far, the MS62, while the other is a more interesting variant with Polish type coats of arms, the least common in trade. preserved in a delicate patina.

At the end, a very nice Bydgoszcz coin from 1666. A variety with the end of the legend D L R

Meanwhile, we are going back to work and we wish you a nice day! 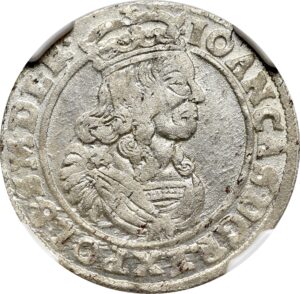 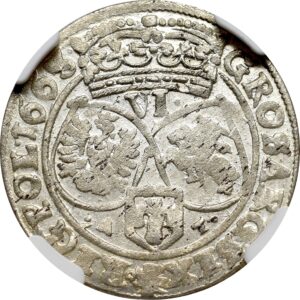 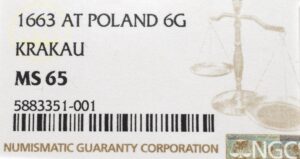 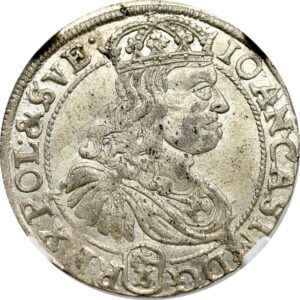 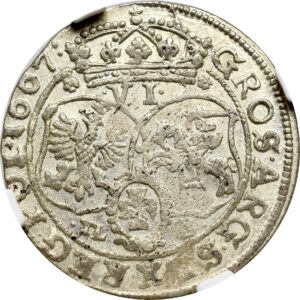 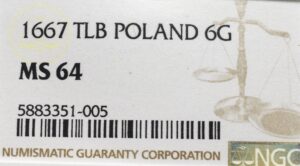 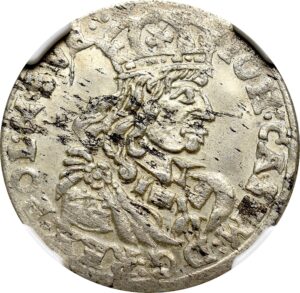 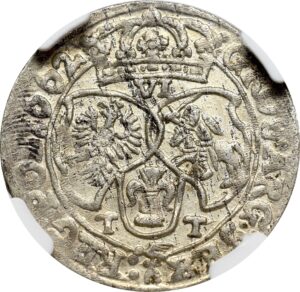 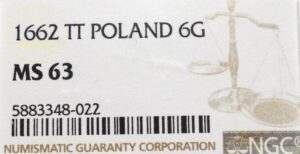 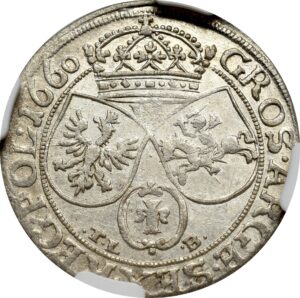 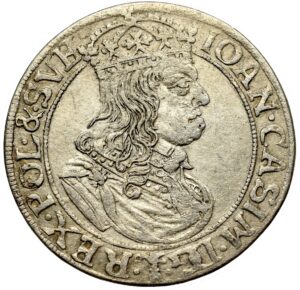 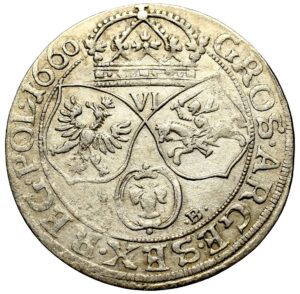 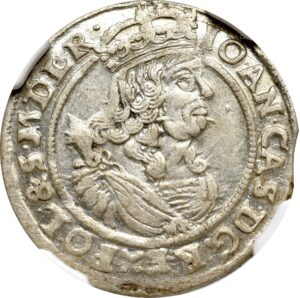 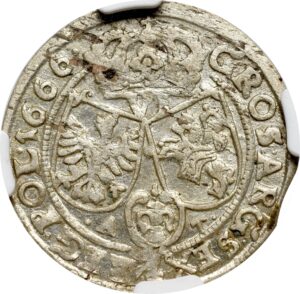