The woman and the ears, or colloquially called the reaper, is a very popular coin among collectors of coins of the Second Polish Republic. An interesting representation, a lot of varieties (which come from many mints that minted these coins) make it one of the most desirable coins, and at the same time one of the most difficult to collect in mint states.

While the year 1925 is relatively easy to obtain in the mint condition, the year 1924 is a kind of challenge. This is due to the shallow minting which gives the impression of some sort of circulation and the imperfections of these coins. Finding a specimen that is deeply struck from the first strokes of the stamp – not yet used – is a real problem. Many collectors have been looking for such specimens for years, and their prices can shock many collectors of interwar coins. What is a shallow runout? They are easiest to observe on the eagle’s body, which has bad feathers, and on the ears on the left side of the reaper, which appear fuzzy. It is natural, but in the eyes of novice collectors it can be rejected if it already has the perfect piece from 1925.

As a reminder, we recall the characteristics of individual mints.

1 zloty 1924 is a coin, according to mint reports, minted at a mintage of 16,000,000
at the Paris mint. It is readily available for sale in circulation, but finding a coin is extremely difficult. Looking through the archives, we can say that the fight for the most beautiful specimens sometimes raises these coins to new heights

Our offer will include an exquisite, fresh specimen with lots of gloss and a delicate patina on the edges. The coin has an excellent appearance, and a minus in the description was awarded for delicate micro-scratches.

A year later, zloty was minted in London, the new stamp brought the expected results, which significantly increased the coin’s appearance. The circulation was increased to 24,000,000, which makes obtaining a minted specimen much easier. It is by far the easiest ‘reaper’ to buy, but the best specimens can cost a fortune. The receipt of the coin was improved by the depth of the minting, thanks to which the eagle gained its majesty, and the simple woman with ears turned into a kind of lady in a scarf.
A beautiful specimen will also be available for purchase at the upcoming event

Two zlotys were also minted in 1924 and 1925, but their issuance was entrusted to a greater number of mints. Standard, much more difficult to buy are those from 1924, which have as many as 3 sub-types.

The simplest and easiest to buy is the reaper from the Paris Mint, which has a horn and a torch on the sides of the date. Like its predecessor with a nominal value of PLN 1, it is a fresh specimen with a gloss on both sides and a patina from the edge.
It can be said that they are from the same mother, as they are almost identical in terms of iconography, origin and appearance

The first major challenge with the 1924 coins is the variety from the Philadelphia Mint.
The circulation has been limited to 1,200,000 specimens, and its characteristic feature is the arrangement of the obverse to the reverse rotated by 180 degrees, which is the reverse.
In many collections it is a lack even in the 3rd state of preservation, while finding the perfect one is a thicker nut to crack.

The toughest and biggest nut is the one from Birmingham

Minted in the smallest mintage – only 800,000 pieces, effectively leveled by the tooth of time, made it one of the most sought-after coins of the Second Polish Republic, at least in the 3rd state of preservation

By far the most expensive, most often counterfeited and desired coin of this project.
It is characterized by the letter H to the right of the date and is the most common place of manipulation. It is relatively rare at auctions, and its price is systematically growing, due to the growing number of collectors who like coins from the first half of the 20th century.

In order not to drag, a quick overview of the year 1925, which is distinguished by a full stop after the date or the absence of a full stop. The first one was minted in London with a mintage of 11,000,000 and it is the easier to collect variety, while the no-dot was minted in Philadelphia with a mintage of 5,200,000, and its mint condition prices significantly exceed the dotted variety. When it comes to two zlotys, the 1925 year is still much easier to buy in a nice condition.

Below we show individual types from the upcoming auction, but there will be many more beautiful ladies at our auction

Be vigilant, and tomorrow is Saturday, another day devoted to gold coins from the upcoming event. 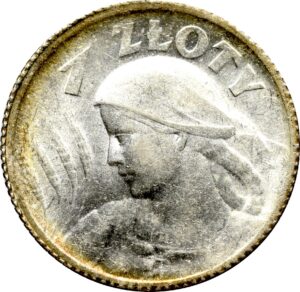 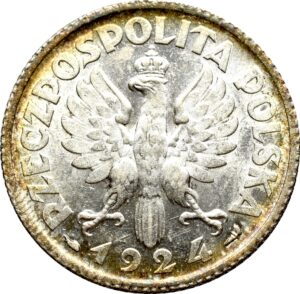 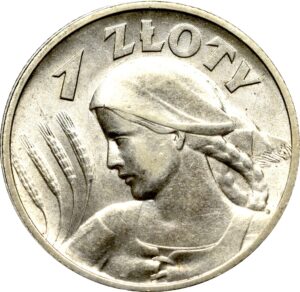 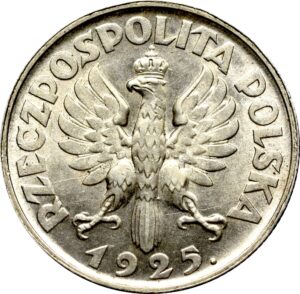 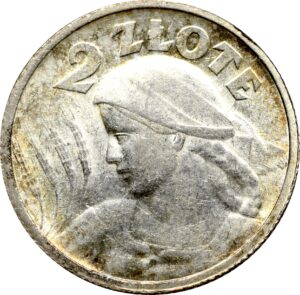 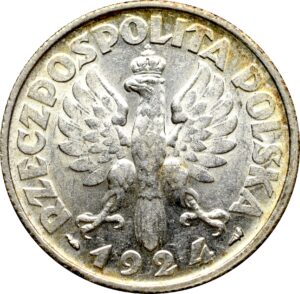 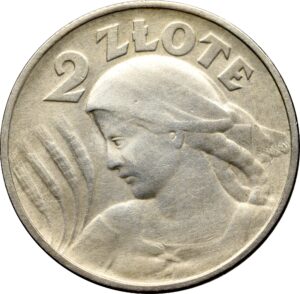 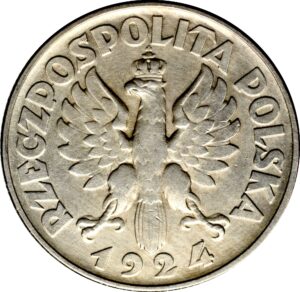 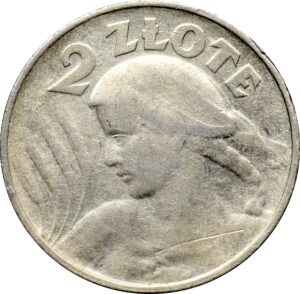 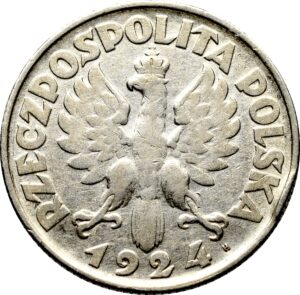 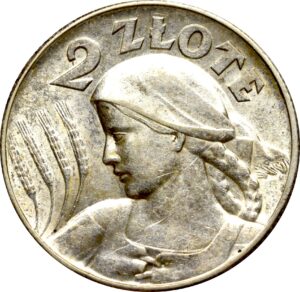 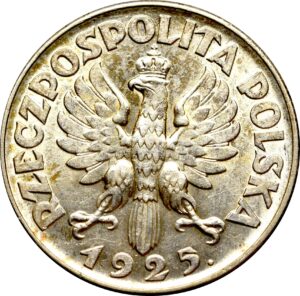 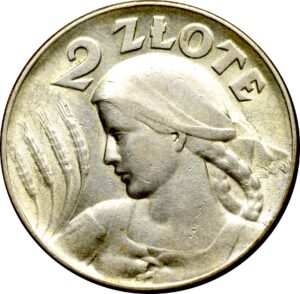 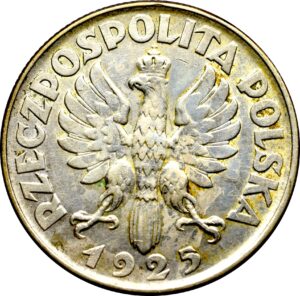