Some love them, others hate them … they divide numismatists as politics divides Poles…

NGC slabs – because we are talking about them, today will play an important role…

Because a few months ago we indulged in a “working teaser” about a part of Jan III Sobieski’s coin collection, in excellent condition .. The result obtained by one of the representatives of the above-mentioned collection is adequate to the state of preservation, and at the same time proves … that we are rarely wrong in our assessments and if something delights us, then there are solid foundations for it

Question for you – what note has the coin received? We encourage you to answer – we will see if and who gives the correct note

Now, going to the merits after the lengthy introduction, we invite you to familiarize yourself with the leading role played by an excellent specimen from 1680.

Less frequent Cracow issue with a characteristic error of the face value IV instead of VI.

Interestingly and noteworthy is the emission, which was probably always punched with punches rotated in the axis by 6 h, which makes them so-called reverse. This technique is unusual for the Polish coinage of that period, but the repetition of this axis when issuing the wrong denomination leads to the hypothesis that the Krakow workshop at that time used the markings / locks for attaching the stamps in a given system.

Obverse: royal bust in a laurel wreath with a double bond, armor with 5 bumps on the shoulder plate and a mascaron on the breastplate, facing right, under the bust, the initials T.L.B.
Tytus Liwiusz Boratini (known for the idea of minting copper szeląg coins in the times of
Jan Kazimierz), along the rim is a legend:
IOAN•III D•G•REX POL•M•D•L•R•P•;

Reverse: crowned with a four-lobed crown with five rosette fleurons, with 4 jewels in a rim with 13 jewels on the bows, three three-field coat of arms with bows on the bottom, with the coats of arms of the Crown, the Grand Duchy of Lithuania and the Sobieski family coat of arms –
Janina and the mint initial – C; under the crown, the face value IV, under the shield,
the date 16-80; along the rim, a legend separated by the Leliwa coat of arms in an oval
coat of arms:
GROS•ARG SEX-REG POLONIAE;

Coin less common in trade, mostly found in circular conservation states. At the next event on November 22nd, we will offer you two amazing copies, one in grading, the other in spare condition, but equally above average. 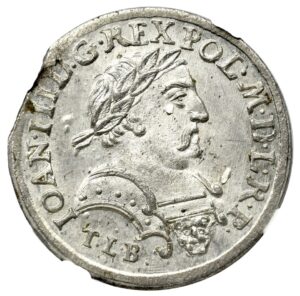 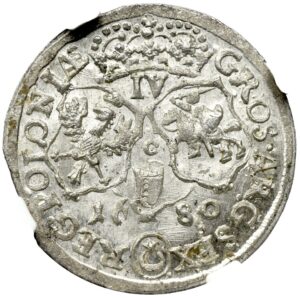 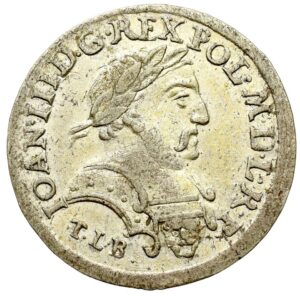 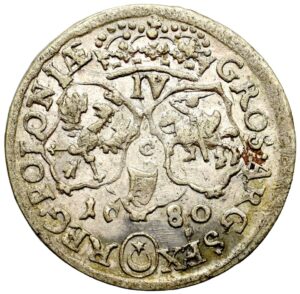 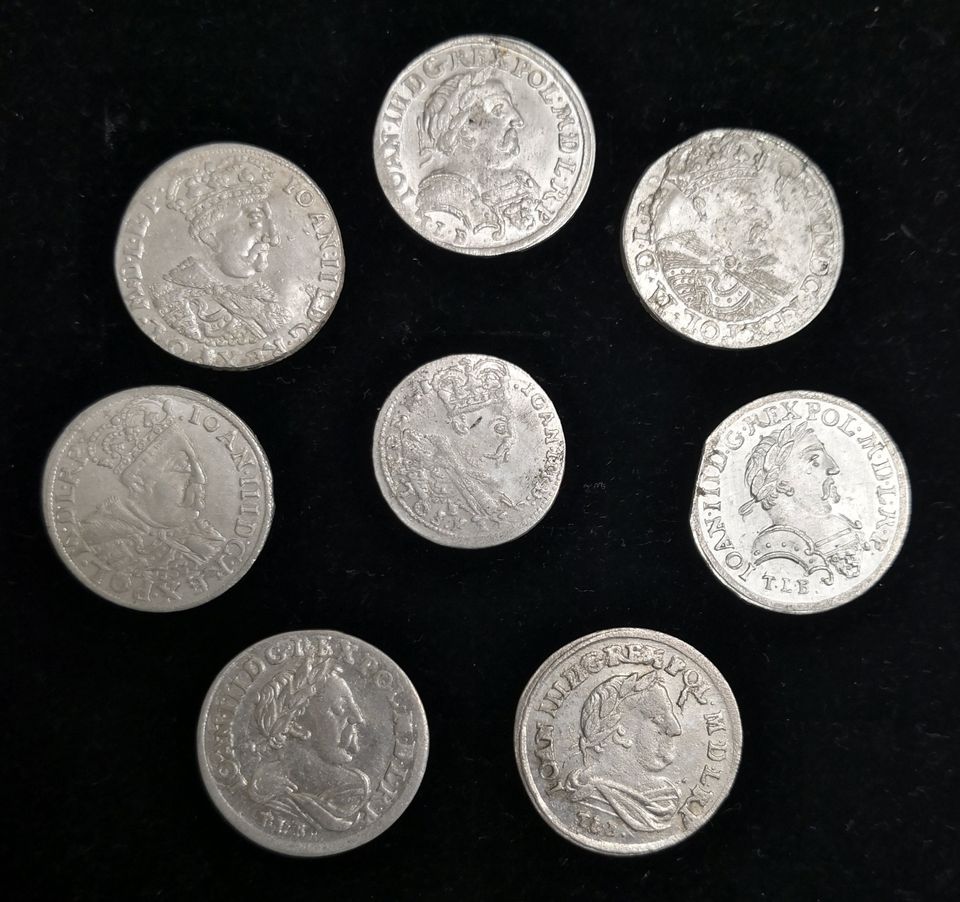 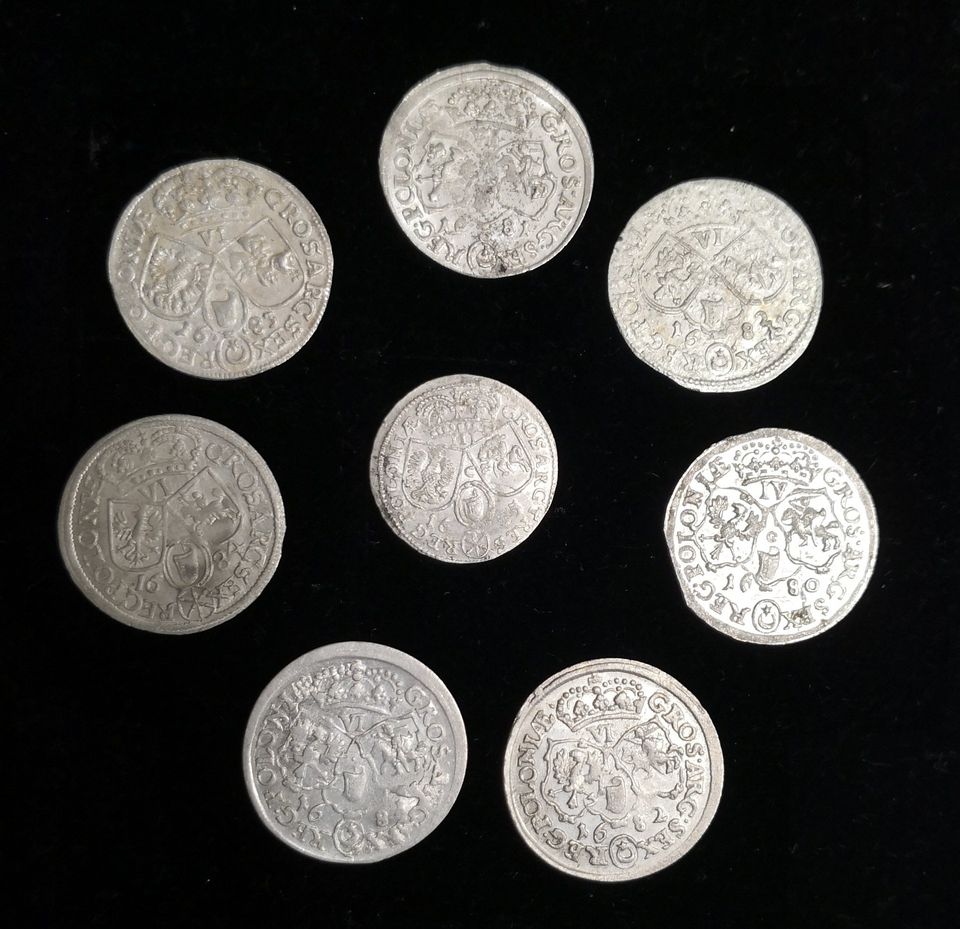