Once again, we present a popular coin, present in most collections including silver of the Second Polish Republic, its uniqueness again lies in its condition. It is a specimen in an unusual condition, we can say with full responsibility that it is the most beautiful one we have offered so far.
Perhaps the offered specimen was immortalized on the attached photograph from the state mint… however, opinions on this matter are left to you

Very high grading score – only two of the overall population assessed by the NGC received
a higher grade.

Coins minted according to the design of Tadeusz Breyer in silver .750, with a diameter of 23mm and a legal weight of 5 g.

Obverse: crowned eagle, in the rim an inscription: RZECZPOSPOLITA POLSKA and a year

Reverse: a bust of a girl in a scarf, ears of grain in front of her, above the inscription 1 ZŁOTY

We cordially invite you to cooperate, this and many other items will be available for auction at the next auction on November 22nd. 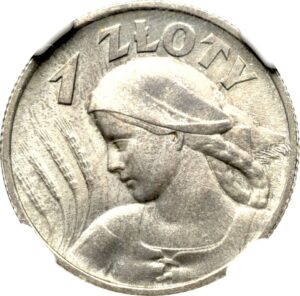 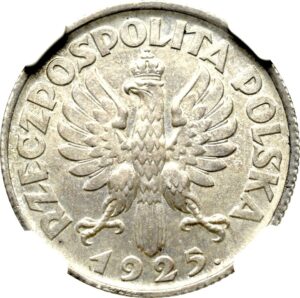 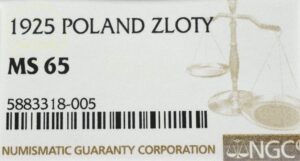 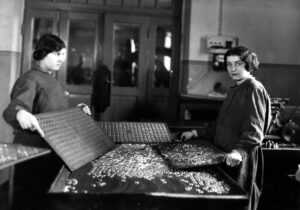