Published by rzeszowskidom on March 10, 2022

When the weather is not very winter, outside of Europe in the Middle Kingdom, sports competitions at the highest level are taking place – the Winter Olympic Games. For years, faithfully cheering on our players, enjoying the medal in jumping, today we are dealing with a different medal.

An extraordinary medal. An exceptional medal. A medal of great importance (and we are not talking about the ore here

For several days we have had undisguised pleasure in the company (as former athletes, including those partially related to martial arts, even more so) to commune with the silver Olympic medal won in boxing at the Games of the 16th Olympiad in Rome in 1960.

This medal is not only a sports memorial, but also a triumph for the amazing Polish boxer – Jerzy Adamski!

That’s right, our April IX Auction received the Medal won by a Polish boxer, one of the few Olympic medals higher than bronze won by our excellent boxers (we won gold 8 times, silver 9 times and bronze as many as 26 times).

The Olympics in Rome have polished Polish fans here – in light weight we won gold, in featherweight, medium and light heavyweight – silver (as many as 3 out of all 9 in history!), And bronze in bantamweight, light welterweight and welterweight.

The medal that we are pleased to present to you is a memento of Jerzy Adamski – silver winner in the featherweight category after a fierce battle with the host’s representative – Francesco Musso.

Adamski was an outstanding boxer – in addition to the Olympic vice-champion, he also had the title of European Champion (1959) and a bronze medal at the European Championships in 1963, he was also a six-time Polish Champion in the bantamweight categories in 1956 and the featherweight champion in 1959, 1960, 1961, 1962 and 1964 .

This amazing souvenir of Polish boxing will be auctioned by us in April!
We secretly hope that he will find a worthy place in some collection, perhaps related
with Ministerstwo Sportu i Turystyki or Polski Komitet Olimpijski.

PS: We are also captivated by the craftsmanship of the medal, compared to the current medals it is simply an abyss … 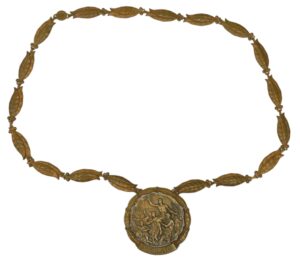 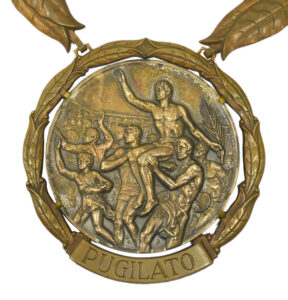 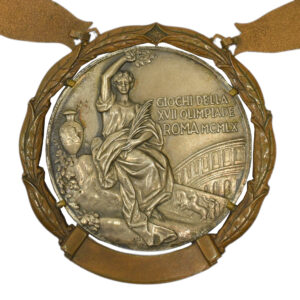