At our Auction 8 – Selected coins of the Second Polish Republic

Will there be a better opportunity to arrange coins of the Second Polish Republic from the upcoming auction than the National Independence Day on November 11? In our opinion, no! That is why you will have the opportunity to see selected items of this section today in a collective post, and there is a lot to watch!

For some time you have noticed that the decoration of the section are two items: 5 zlotys 1932 with the image of Nike in an extremely high note for this type of MS61 coin! The denomination introduced by the reform of January 11, 1924, not put into circulation until 1928. Pursuant to the Act of January 20, 1924, silver coins could be used to repay liabilities up to a maximum of 100 zlotys. Reverse according to the design of the famous sculptor Edward Wittyg, the author of, among others of the Aviator Monument in Warsaw. The coin circulated until 1934, when it was withdrawn under the ordinance of the President of the Republic of Poland. Due to its rarity, this year is often forged, especially this one with an additional confirmation of originality in the form of grading is a treat for collectors. It is undoubtedly one of the greatest dreams of every numismatist!

The second coin mentioned earlier is 5 zlotys from 1928 with the image of the Virgin Mary.
At that time, the Germans issued a series of medals based on the Amrogowicz coin, changing the inscriptions and the images slightly, creating a propaganda souvenir that was supposed to proclaim the miraculous image of Częstochowa, and would be defended by zealous Germans. A coin of great rarity, according to older sources considered minted in a mintage of up to 10 pieces. A specimen of unprecedented quality, stamped with a specially prepared polished stamp giving the final SLR effect, prepared by the outstanding medalist Karl Goetz, appreciated by the highest score given so far by PCGS – SP65 +.

There will also be other phenomenal items. The 10 zloty 1934 Orzeł Strzelecki clip will also be available at the upcoming event. A beautiful specimen of a 10-zloty sample stamped in the shape of clips. Item rarely traded.

The value was introduced by the reform of January 11, 1924. The coin was minted to commemorate the “commencement of the armed struggle for the liberation of the Motherland and the march into the field on August 6, 1914 of the troops of the Unions and Rifle Teams under the command of Józef Piłsudski, the Commander of the Polish Army,” and were minted in August and September 1934. In accordance with the regulation of the President of the Republic of Poland with On August 27, 1932, these coins could be used to pay off liabilities up to a maximum of 500 zlotys. The coin was in circulation until November 1939. The coin was minted in Warsaw in a mintage of 300 pieces.

An indescribable unique banner will also be included in the auction. This coin was minted with a classic reverse stamp, the so-called “shallow” and the obverse stamp with a double date, not described in the literature so far. The obverse stamps were made of a male which has survived to our times by stamping the date. There is a known error of stamping the date twice with a left shift on very rare specimens of the Banner stamped with a “deep” stamp and an equally rare and sought-after hybrid of this obverse with the reverse stamped with a shallow stamp. This specimen was stamped using a different stamp with a date-stamping error in the form of a shift to the right (and not to the left as on the described variant). Thus, it is a new variant of the stamp, not described so far in specialist catalogs, additionally on a mint fresh specimen appreciated with the MS62 note.

There will also be a huge rarity, not recently cataloged hybrid, discovered and described for the first time in 2019 by a specialist in coins of the Second Polish Republic, Mr. Mariusz Walendzik, whose discovery has recently been confirmed by the publication of the variety in the latest edition of the specialist catalog of J. Parchimowicz. The obverse stamp was used to stamp the offered specimen, used to mint a “deep” banner with a characteristic double date (during the production of the date stamp it was stamped twice, but not perfectly in the same place).
The reverse is stamped with a stamp used to make a trial of 5 zlotys with a mirror stamp without the word SAMPLE, with a characteristic greater distance between the right eagle’s wing and the edge, the base of the spar rests slightly on the left and wider on the right edge of the edge and a characteristic initial J with a slight bend and atypical W (this stamp is illustrated in the latest catalog of J. Parchimowicz for the mirror striking P.144b). Thus, it is a new, second pair of stamps used for the production of this variety, not previously listed on the auction market.

There will also be more popular coins, but in very unpopular states of preservation! An excellent example is the wonderful Nike 1932 in the NGC grading with the MS62 note, the excellent Traugutt in the MS62 or the phenomenal London reaper, also in the MS62 note with extraordinary mint freshness

There will also be, among others, a great 10 zloty with a woman’s head from 1933 in the MS63 note, selected 2 zlotys 1934 with Piłsudski (MS62), the surrounding Sobieski in a great old patina or a beautiful sailing ship in the MS65 note!

When viewing items from the auction, it is also worth looking at other coins, Chrobry, 10 zlotys Piłsudski 1939 and grosz coins in high notes, which can complement your collection.

Auction next week on Saturday from 10 am! Registration, a detailed catalog and the possibility of bidding on selected items are available on the Onebid platform! 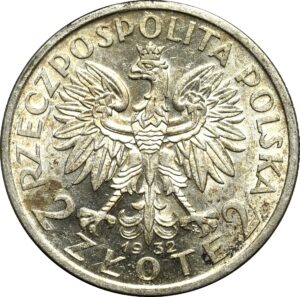 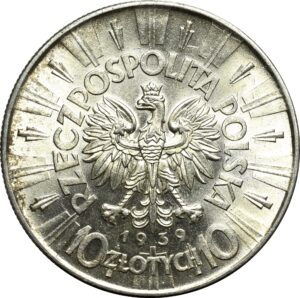 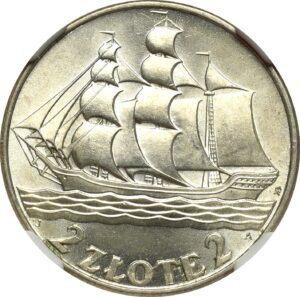 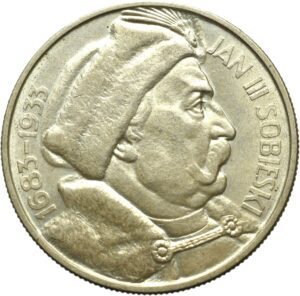 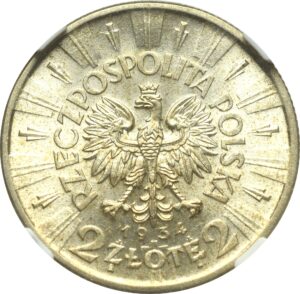 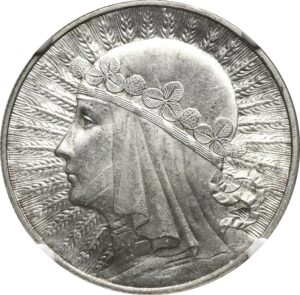 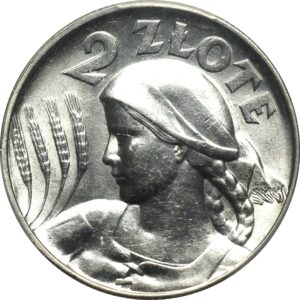 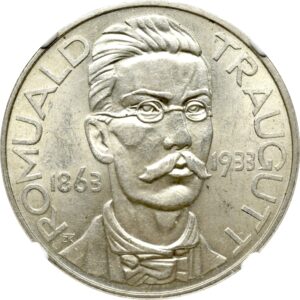 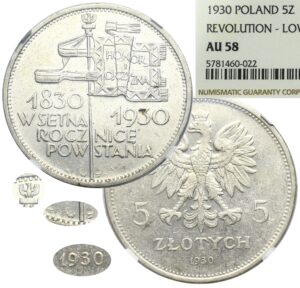 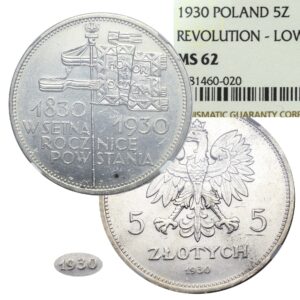 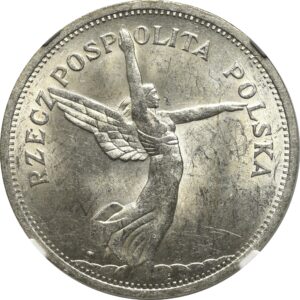 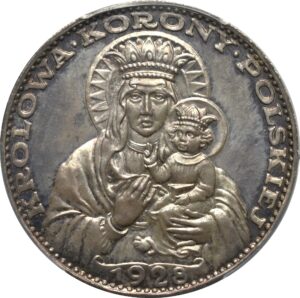 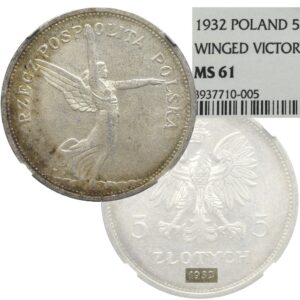