At our 6th Auction – not described items and Bydgoszcz ort coins

When we started writing today’s post, we wondered whether to start with the not described items or show the very rare varieties of Bydgoszcz orts first. So we decided to show both these and these

The multitude of varieties makes the ortas an amazing collection department, additionally we have great literature for both beginners and more advanced, the work of Mr. Szatalin,
Mr. Grendela and Mr. Pączkowski is an amazing job, thanks to which collectors can choose several keys for creating your collection

At the start of ort 1621 without embellishments on shields of arms, the coin is very rare in trade, estimated in the catalogs at R5. The next ort 1621 is the rarest variant of the variety with a PRS / V puncture for this bust according to the Szatalin typology, where in the reverse legend we find the NEC NO SVE. The third orth has the extremely rare ending of the PRV MAS obverse legend.

The rarest variant of the variety with the end of the PRVS M legend with five-pointed stars above the scroll wheels will also be offered at our auction, Szatalin has given the rarity grade R7! At the end of the coins described, we wanted to show an ort with bows next to coats of arms and with the face value 16 under the bust of the ruler.

The last three coins are indescribable items in the literature, the first ort with numerous copies of the legend, and in a very nice condition. The next coin is a variant not described in Szatalin’s works. It has visible corrections on the reverse stamp in the form of a piercing V into N in VAN and Q stamped initially upside down.

For dessert, a wonderful item, not described by Szatalin, is a hybrid of the obverse type 14 with the reverse of type 3, not illustrated in Pączkowski’s catalog on the kolekcjonerstwo.info website.

We hope you enjoy the coins! It will be a real treat for collectors of this denomination

More to come! Be vigilant 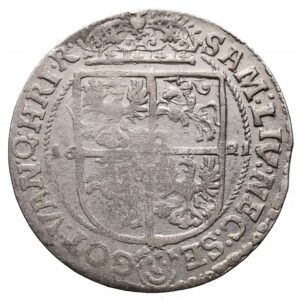 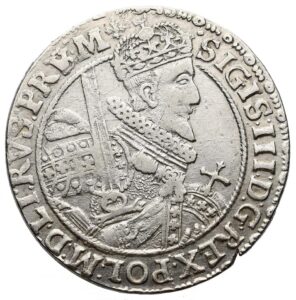 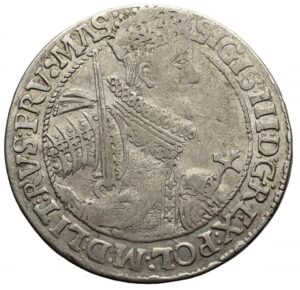 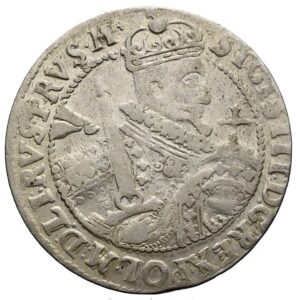 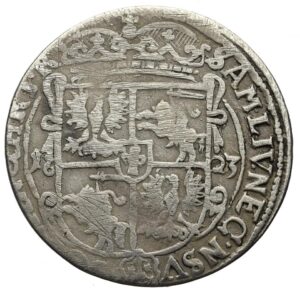 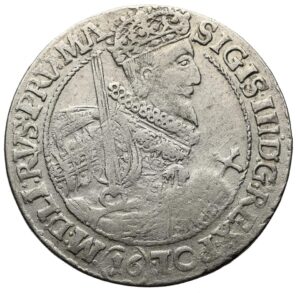 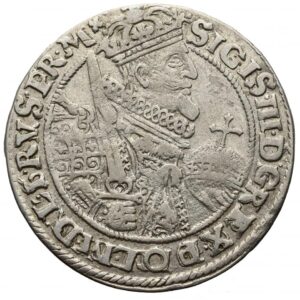 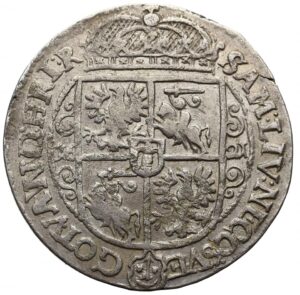 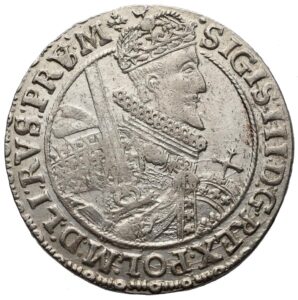