Ladies and Gentlemen, a paper, even underappreciated over time, may gain value over the years. On June 8, 1794, by the decision of the Supreme National Council, the idea of ​​releasing paper money was realized. Treasury tickets were reluctantly accepted by the population for whom this form of money was a novelty, and the awareness that the treasury was empty, additionally rejected them from tickets. In fact, they were only successfully introduced in Warsaw, while in other regions their presence was at a niche level. Introducing them resulted in an unusual situation in which, when using paper money, one had to prepare for prices higher than in the case of “humming” money. Returning to the opening sentence of today’s post, based on the object that is the hallmark of those times, i.e. the scythe – for the ticket for 4 zlotys offered at our auction, we could buy two of them … as of today, we estimate that the same ticket would bring the owner such kos twenty … and maybe more, we’ll find out on Sunday.

History does not stand still, we have barely won independence, and after a few years of the existence of the Polish State, we had to face inflation, and in 1923 with hyperinflation, an example from this period at our auction may be a banknote worth PLN 5 million put into circulation On December 1, 1923, the issuer of which was the Polish National Loan Fund, taken over by the Polish government after the end of the war and treated as a transitional institution … and the exchange of banknotes for the new zloty currency was initiated at the rate of PLN 1 for 1,800,000 Polish marks … so, similarly to the 1990s, all Poles were millionaires … and for another banknote from our auction, i.e. 100 zlotys in excellent condition 180,000,000 Polish marks had to be paid out !! It sounds quite specific

Then, like in “Back to the Future”, we jump 20 years and find ourselves in the Polish People’s Republic, a department that may not have a very large representation at our auction, but qualitatively these are the Himalayas of paper money

It is enough to look at the notes offered to see that the collection may be sophisticated and will satisfy even the most demanding connoisseur – from the very beginning, the offered 2 zloty of 1944 Be series appreciated by PMG for the 67EPQ note, in our opinion, has a good chance of achieving the highest price among the ones offered so far ” twos “of this series. And how it will be, it will turn out

When writing about banknotes, it is impossible to mention that at the upcoming auction we will also offer a collection of selected foreign collections appreciated with extremely high marks by the PMG.

In any case, we cordially invite you to the auction, these and many other delicious banknotes will change hands in a few days. 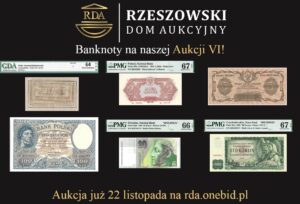 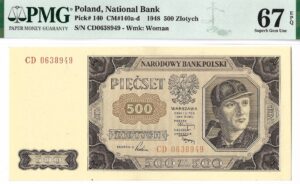 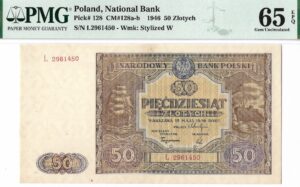 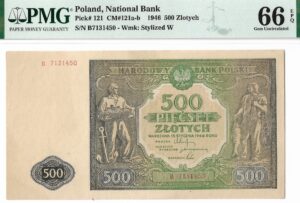 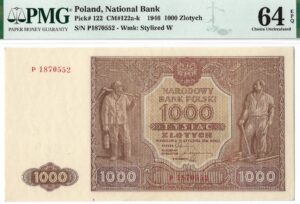 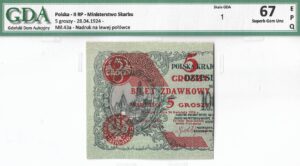 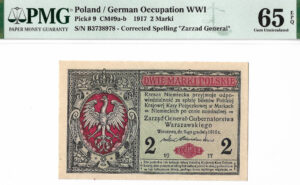 At our Auction 7 – coins of the november uprising

December 1830. The insurgent National Government gives the Warsaw Mint to the management of the Bank of Poland and when the Seym dethrones Nicholas I in January 1831, the Warsaw Mint replaces the stamps, replacing Read more…